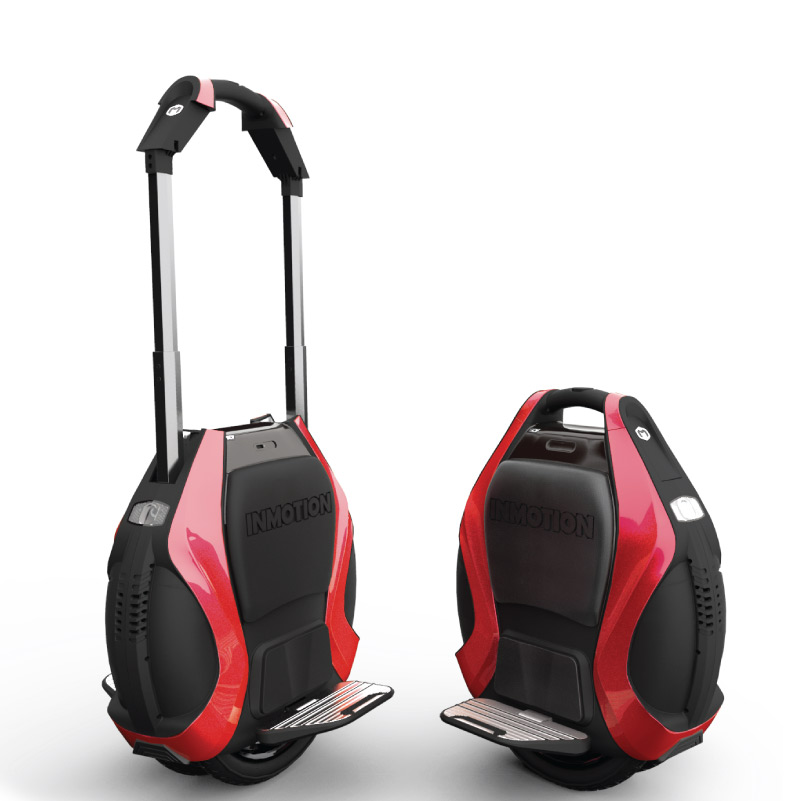 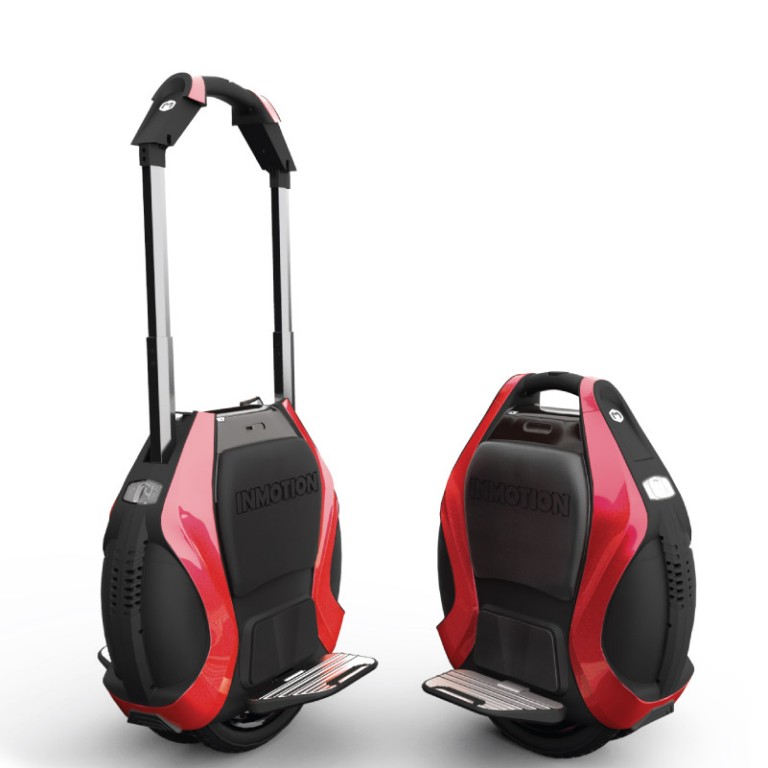 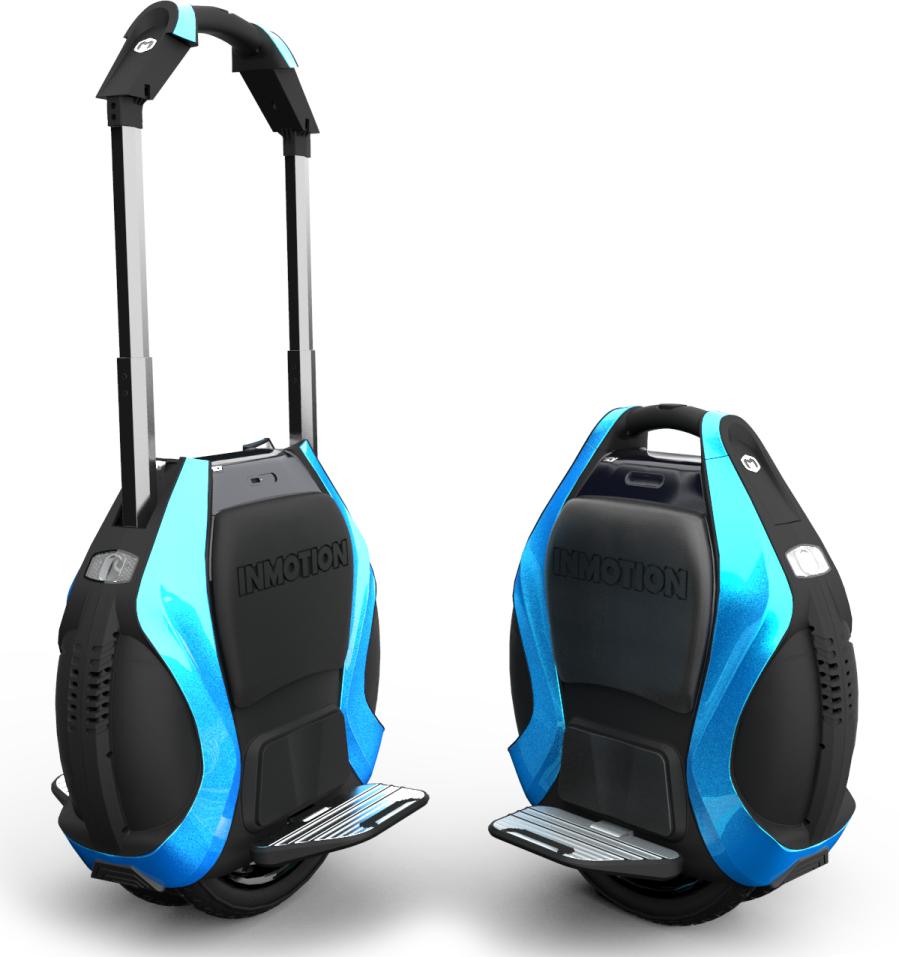 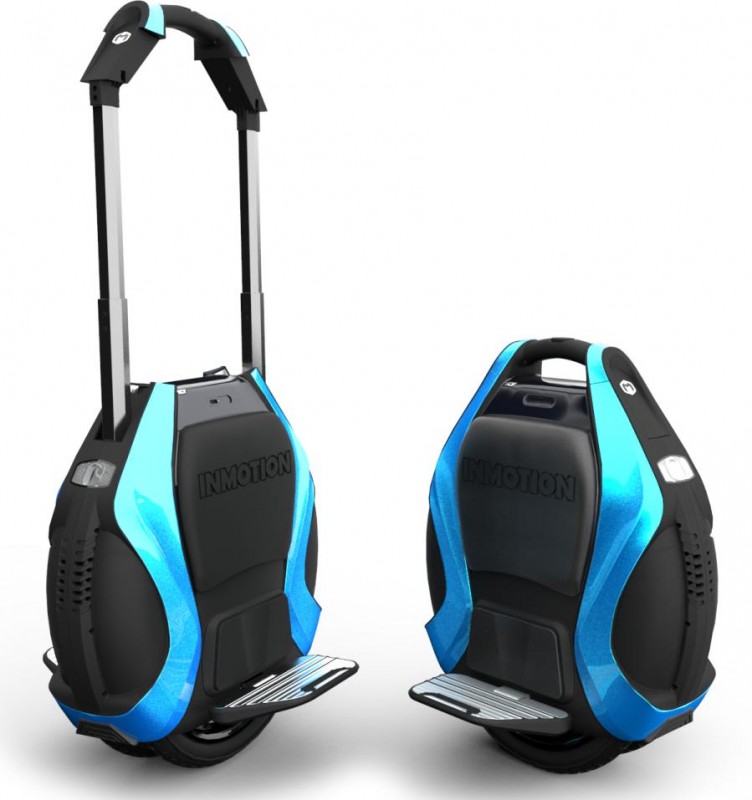 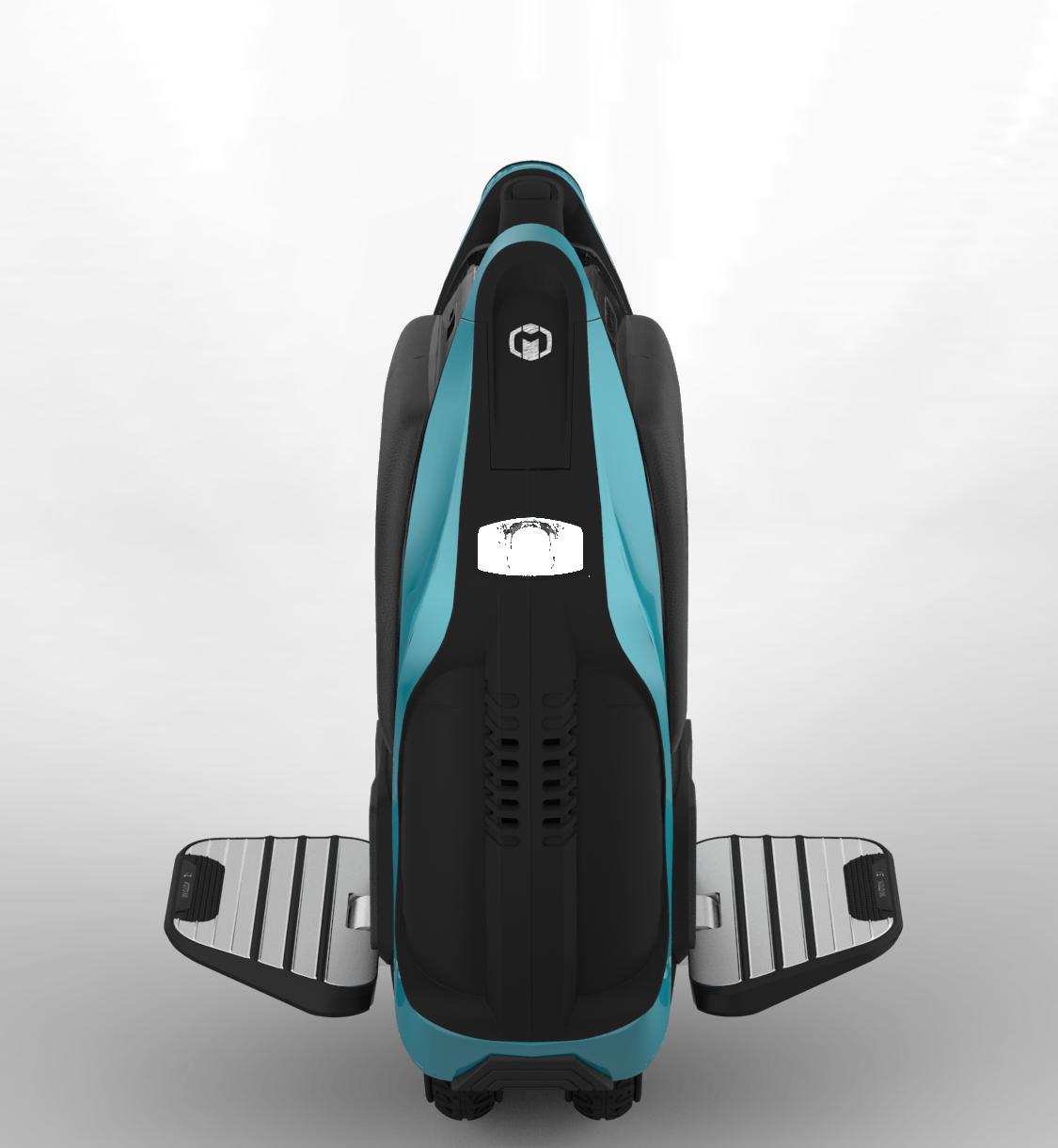 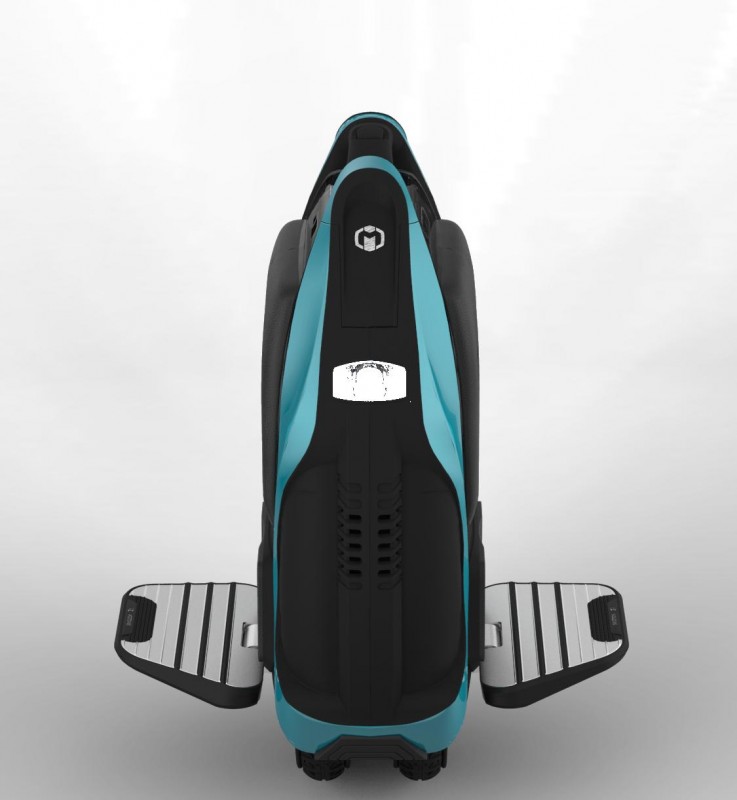 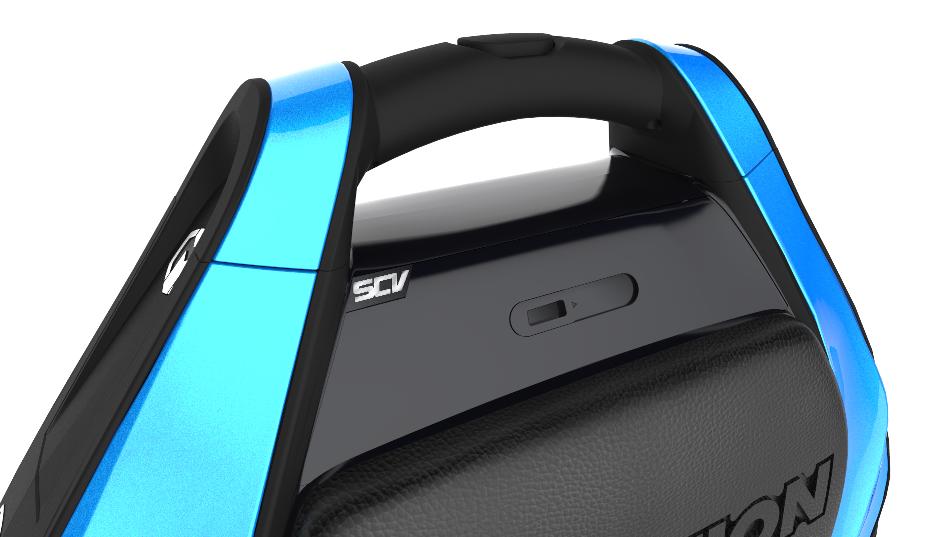 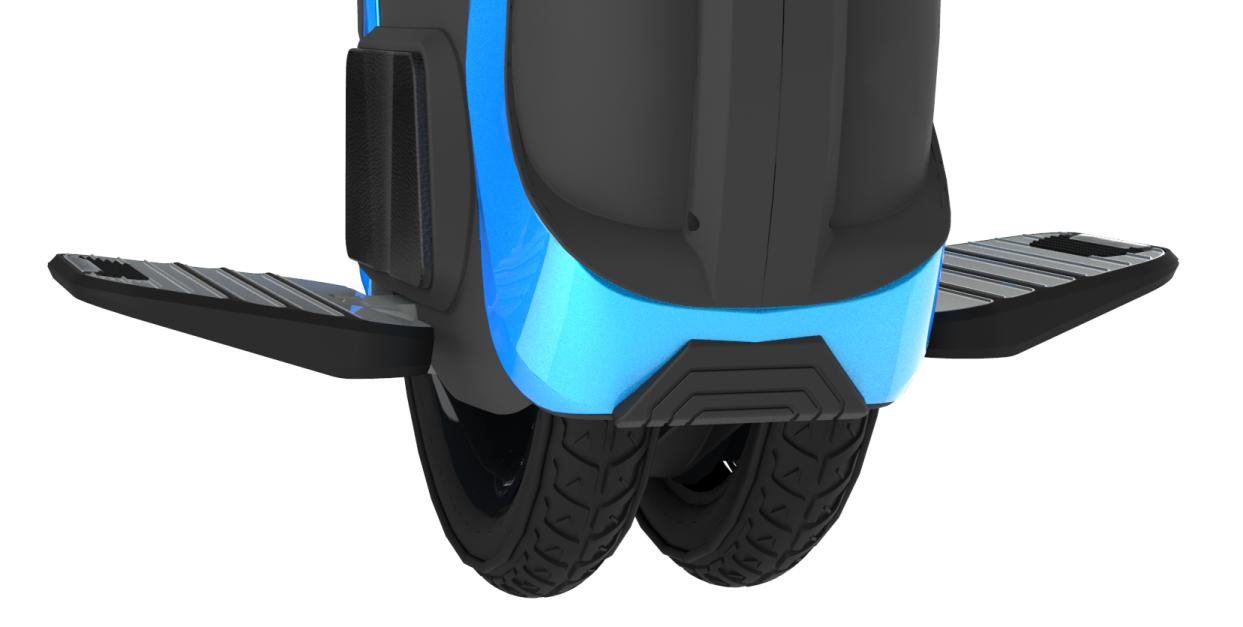 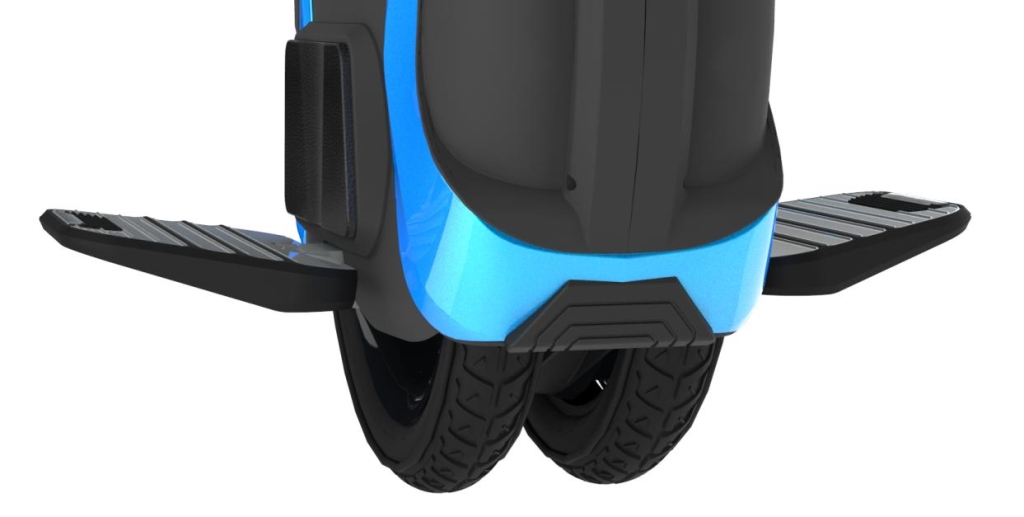 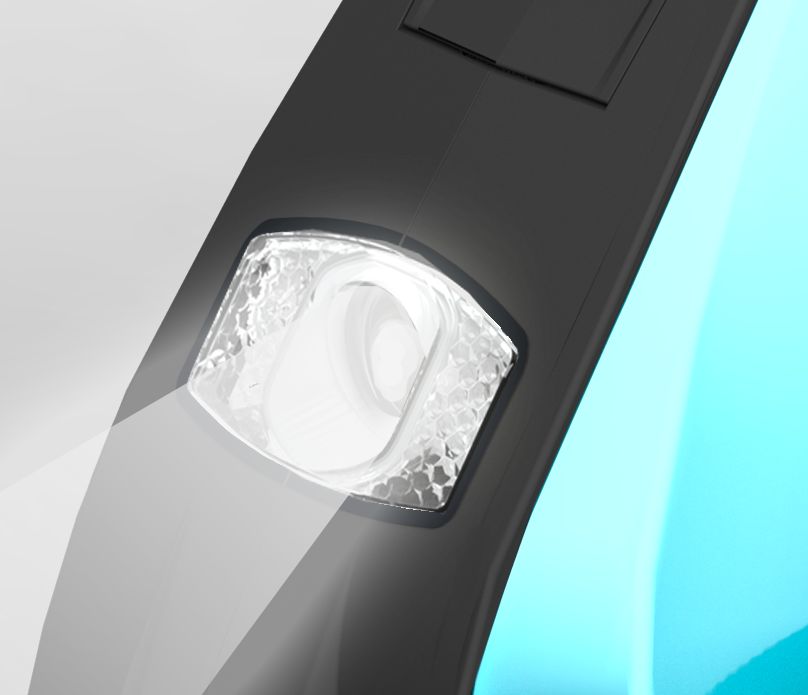 How Does it Compare to the MiniPro or Airwheel Q3, Q5, Q6?

The Inmotion V3Pro, Segway MiniPro & Airwheel Q series are all extremely easy to use for the first time, typically just five minutes of practice is enough to get started.

Which of these is the best beginner or entry level eWheel? While the Segway MiniPro is built to a high standard & has a nice App, it lacks front/rear lights for riding at night, occupies a large part of the sidewalk—which might limit it’s usefulness in many cities—, has smaller wheels & a lower top speed than the V3Pro.

Airwheel’s Q series (Q3-Q6) differ a bit in styling but are all similar in features. These are pretty basic eWheels, in that they are not very sophisticated & possess none of the features of a modern generation eWheel. Another significant disadvantage is that they emit a continuous beeping tone when exceeding only 7.5MPH. 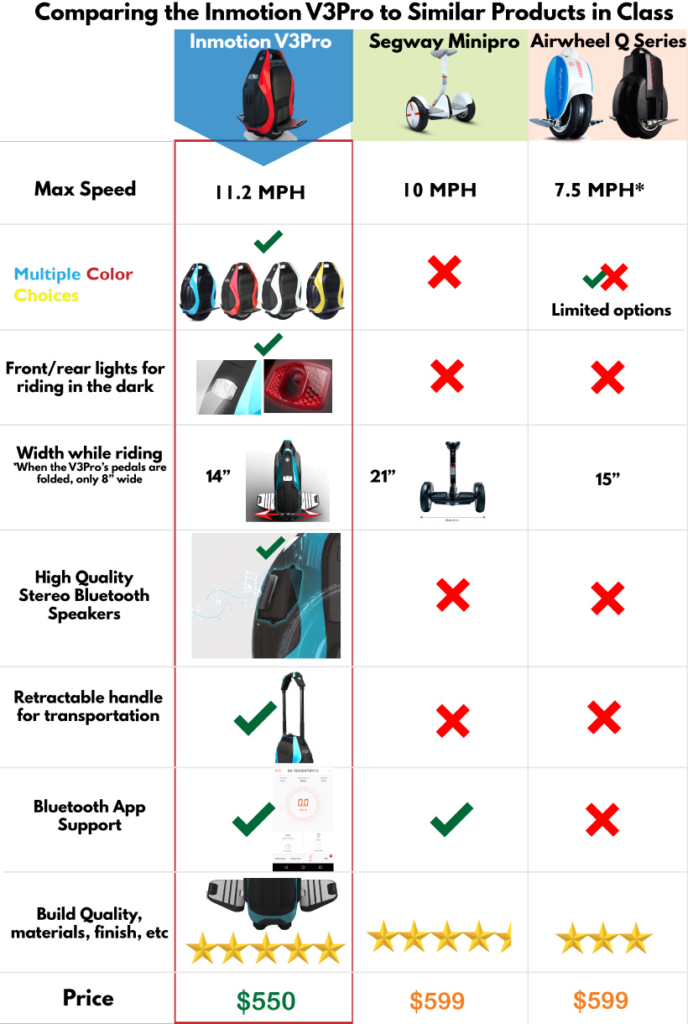 Inmotion’s V3Pro is unquestionably one of the most sophisticated self-balancing Wheel being made today. The sumptuous curves & sleek body make it a real head-turner wherever it goes. An integrated retractable handle allows the Wheel to be transported effortlessly when not ridden.

Unique in this design are the slender twin Wheels, enhancing the stability while also giving the rider the freedom to perform tight turns. This feature makes it the easiest Wheel to use for the first time, even more so than the ‘hoverboard’. In most cases, new riders can simply jump on & start using within a couple minutes of practice. 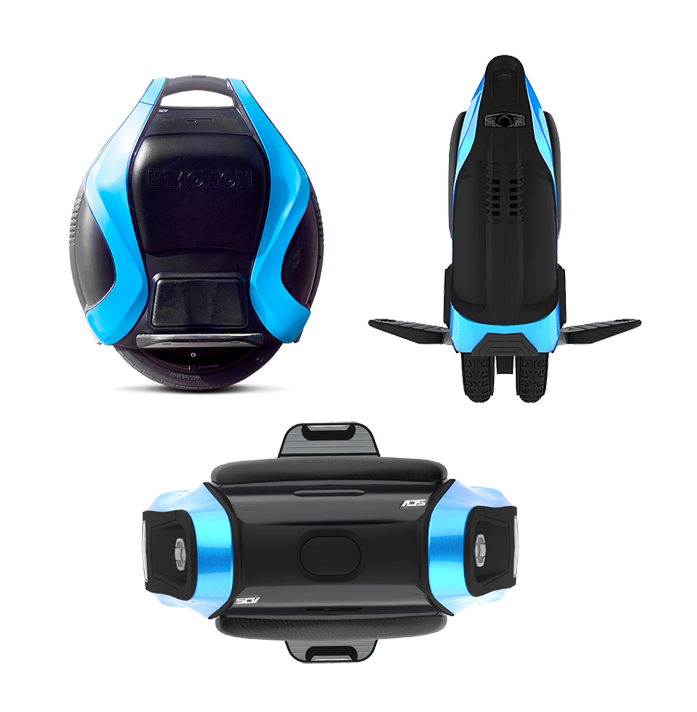 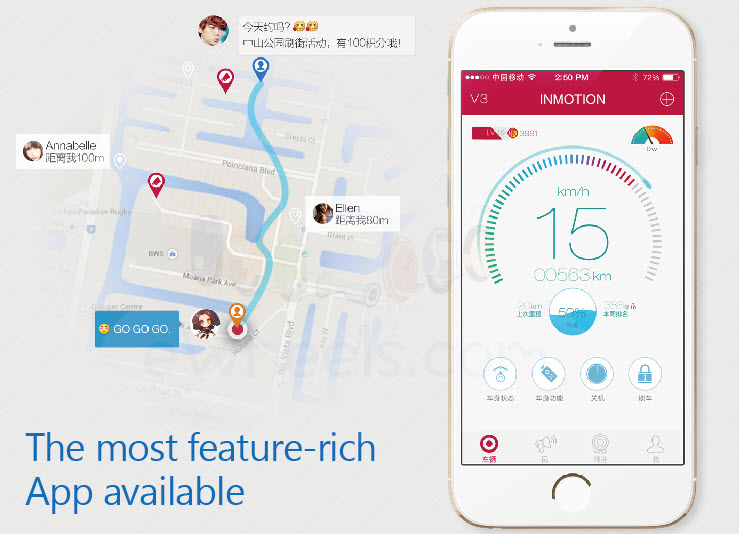 The Inmotion App provides Riders insight into their speed, battery condition, estimated range remaining, reserve power rating, they can also completely customize every aspect of their V3Pro to their preferences.

There are three versions of the Inmotion V3, two of which are shown here.
The V3Pro is equipped with the Bluetooth speakers & App while the V3C has neither.
Another distinction is that the V3Pro is made from higher quality materials, finishing, & rubber molding around & through the pedals providing greater grip.

No manufacturer has invested so much attention into every aspect of the Wheel, from the unique futuristic control-panel to the incredibly high quality of the surfaces, nothing in this Wheel has been overlooked.

This twin-Wheel design achieves a perfect harmony between the competing requirements of balance & control. Most first-time riders are able to use the Wheel with minimal practice, often in less than five minutes of pratice.

In contrast to the single-Wheel, with the V3 a rider can remain stationary without the sensation of loosing balance & is even remains upright without support as well, it is also much easier to reverse directions.

Control doesn’t get any easier than this: a simple slight lean forward will gently propel the Wheel in forward direction, while leaning back acts as a brake, until it starts to reverse direction. Turning too is a breeze, all the rider has to do is slightly place more weight in the direction of the turn he/she wishes to go. This Wheel can make some surprising sharp turns with a bit of practice.