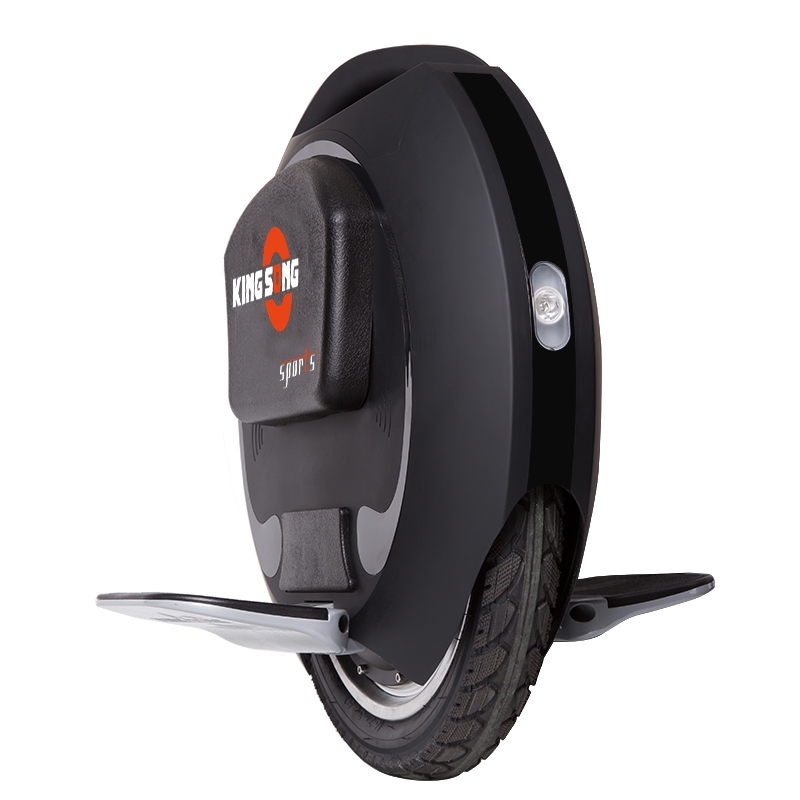 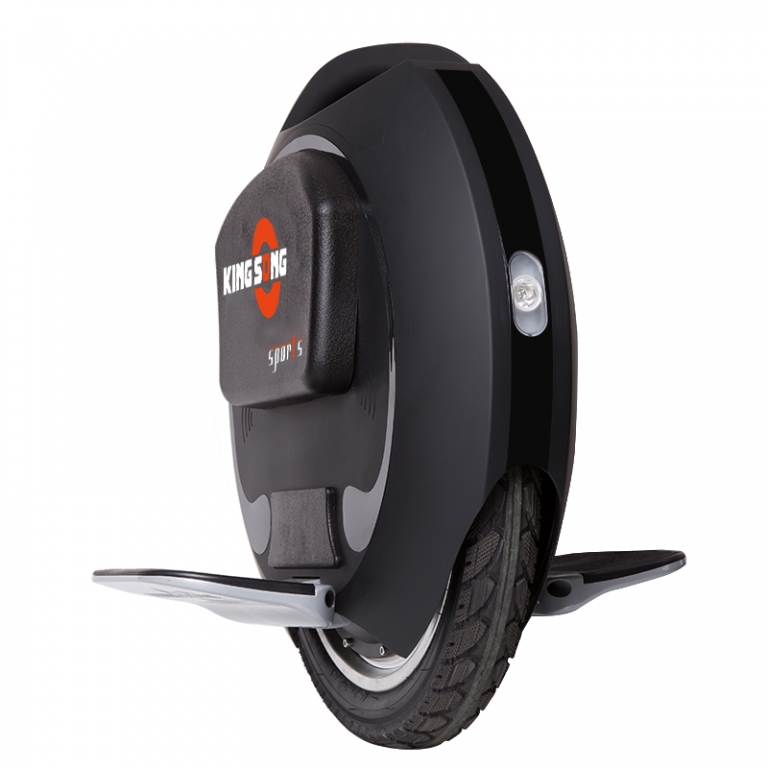 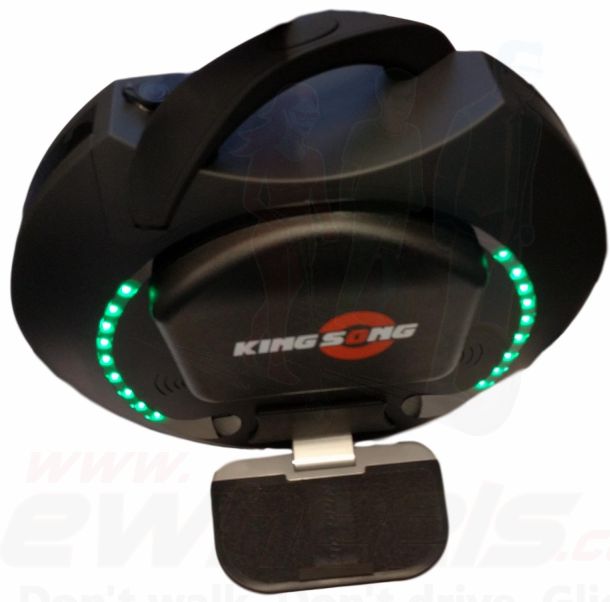 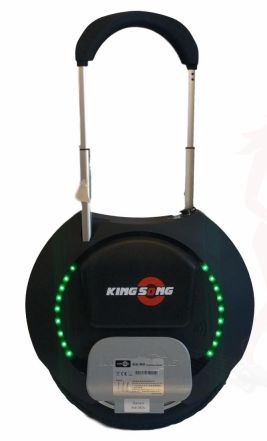 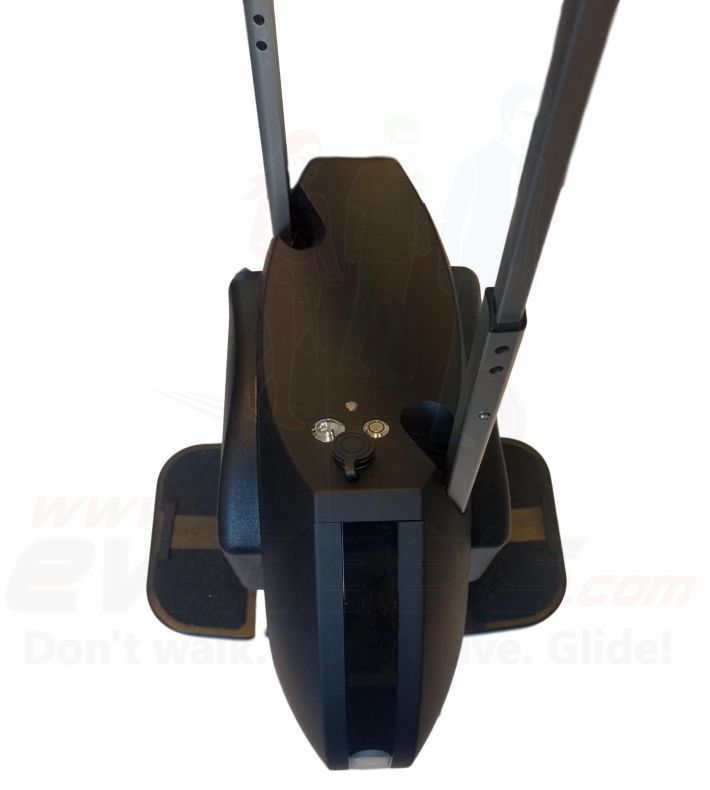 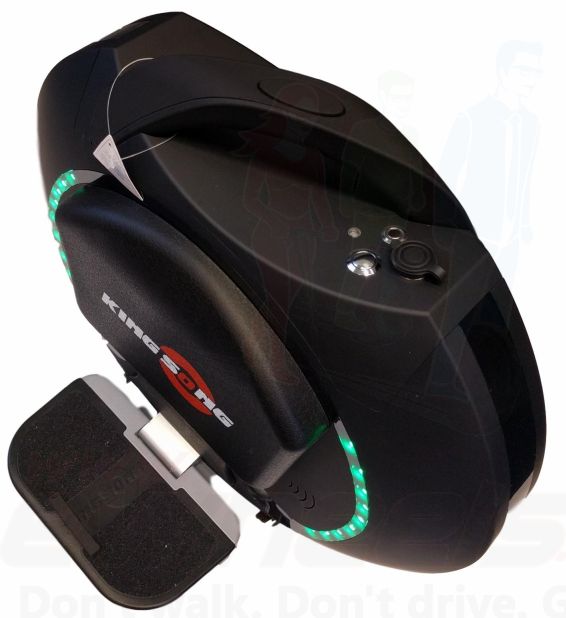 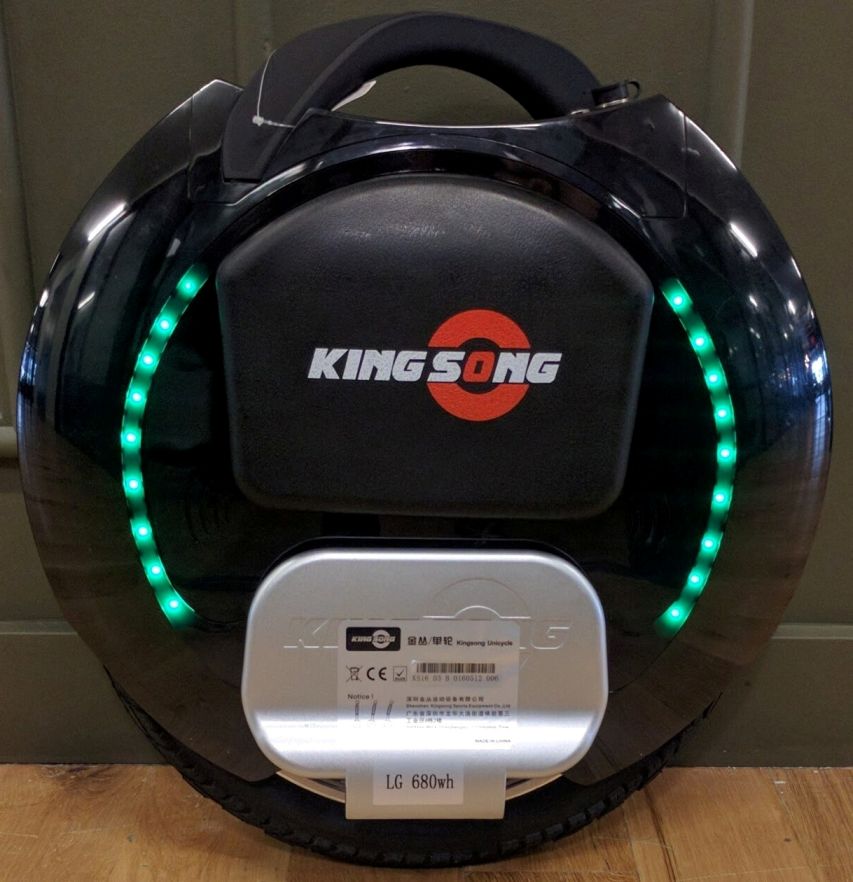 All King Song eWheels come equipped with the Bluetooth speaker system, front & rear headlights & the Bluetooth App. The KS 16″ is no different here, bringing a brighter headlight & simplified controls that can be set from within the mobile phone App.

As if the magic of the self-balancing Electric Unicycle were not impressive enough, the high fidelity stereo speakers will blow your friends & family away with the quality & depth of sound. 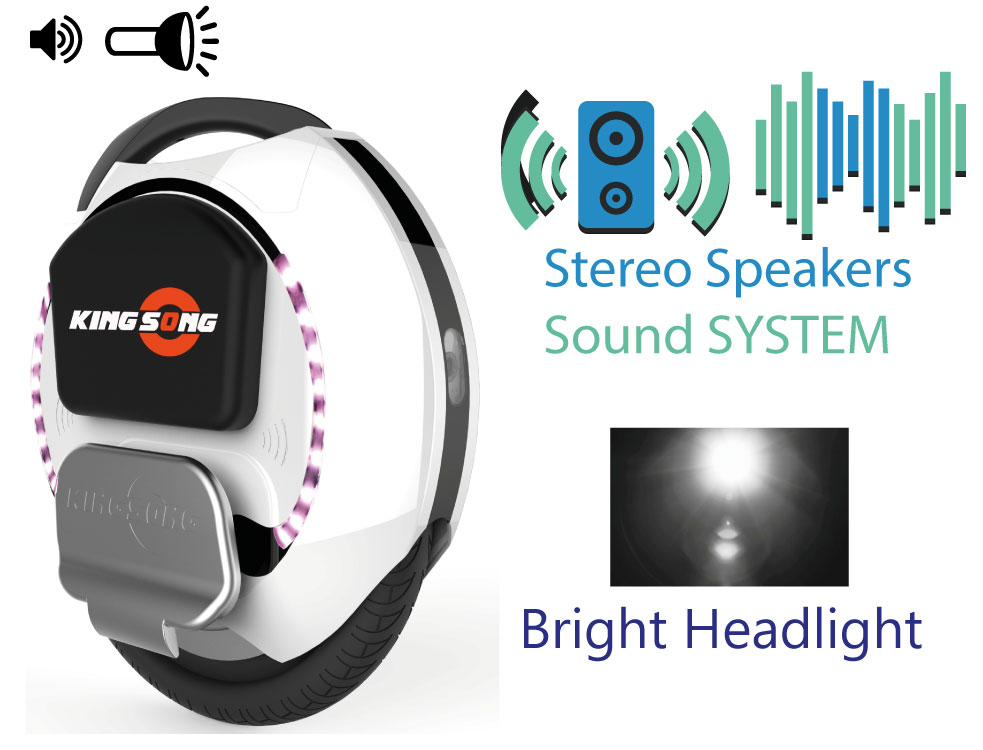 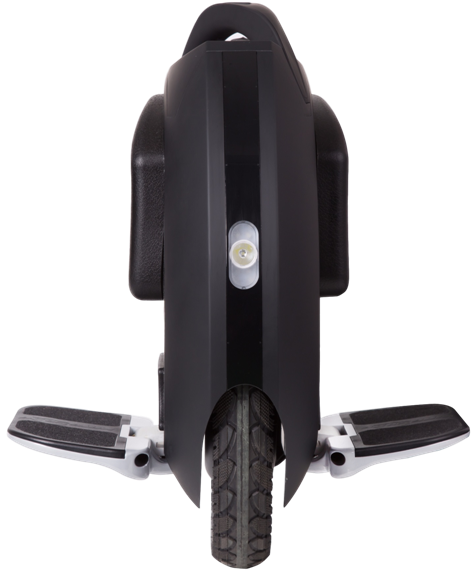 Passionate riders of Electric Unicycles are attracted to King Song eWheels because of the earned reputation for solid reliability & performance. In early 2015, King Song experimented with a 16″ Wheel design but this early prototype was too ungainly & was not quite ready as a commercial product.

Over a gestation period of nine months, the King Song engineers refined the concept, made it more powerful, finding space in the shell to add the 64 battery cells, upgrading the motor, incorporating a head/tail light, better pedals & the first to include an active cooling fan onto the control-board. It was the first single-wheel to contain a retractable telescopic handle for transporting when not being ridden; combined, all of these features made it  one of the most of 2016 & was sold in the thousands.

The KS16S (the ‘S’ stands for Sports) is the latest evolution of the 16″ Wheel, with the potential of even more power, 3MPH higher speed, easier maintenance & host of other improvement.

The King Song 16″ has two independent Bluetooth transmitters, one for streaming music & another for displaying real-time Wheel data & changing the handling characteristics of the Wheel with compatibility for either Android or iOS. Most users find it most valuable for unlocking the Wheel to the upper design speed of 35kph & setting the handling performance like the calibration & ride mode.
An area in the App that is unique to the King Song 16″ is that now the headlight is controlled through the App rather than the touch-panel.

There are many nice details of this this Wheel, like the smooth contoured pedals & ergonomic handle. 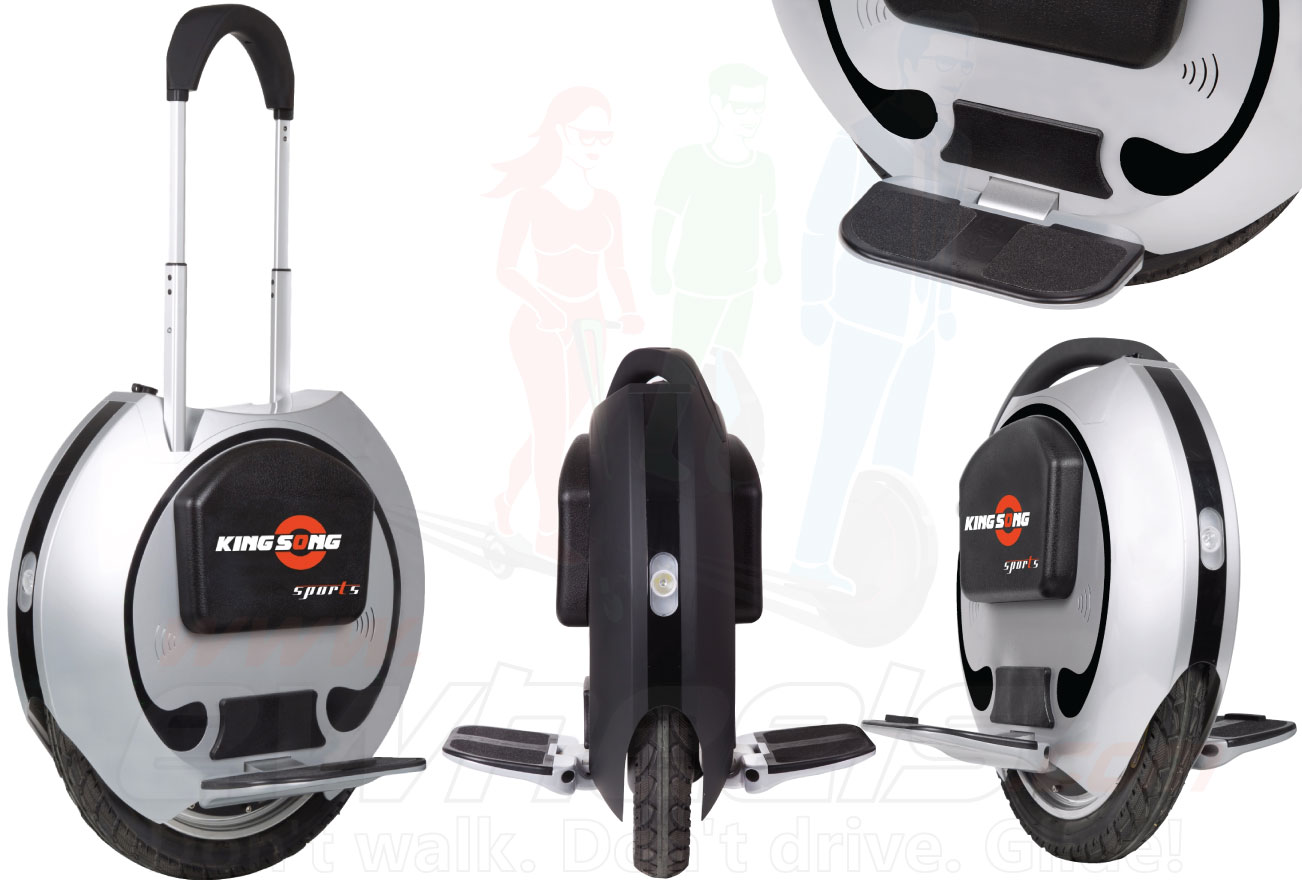 Around the World, the earlier generation King Song 16 was sold in the thousands. Many of these experienced buyers were attracted to the elegant lines & attractive surfaces, giving the impression of being both futuristic & ergonomic to ride. It features a ring of programmable multi-color LEDs making standout, especially at night. The KS16S builds on this experience with improvements in several important areas like the pedals, retractable handle, LEDs…

It’s not just about looks either: everything on this remarkable Wheel is constructed to maximize the functionality. The covers of battery casing serve as side padding for the legs, the telescopic handle tucks neatly away into recess, & unlike previous models of King Song, the headlight is now embedded into the case.