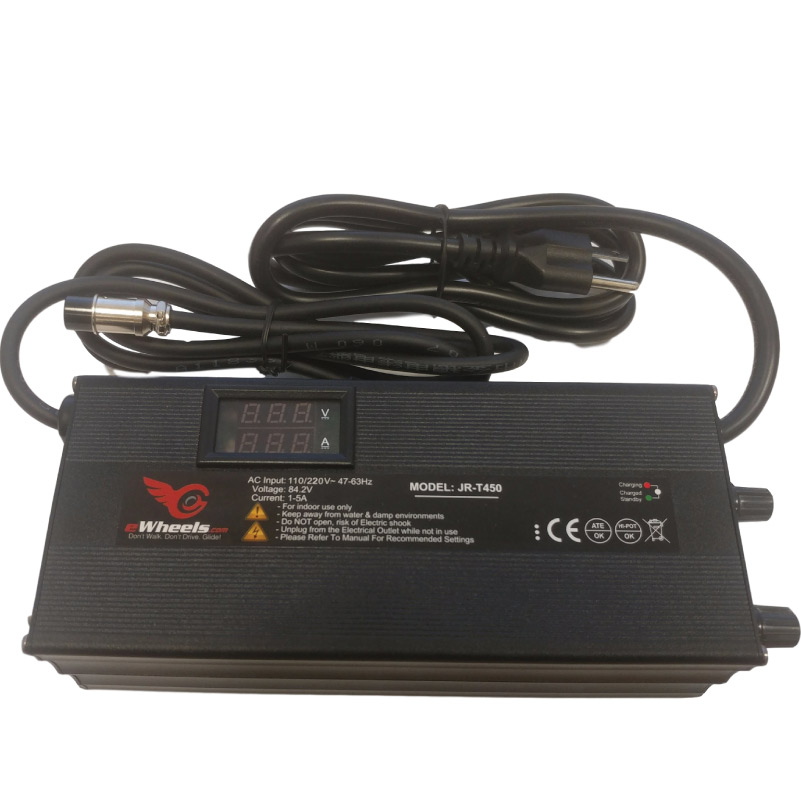 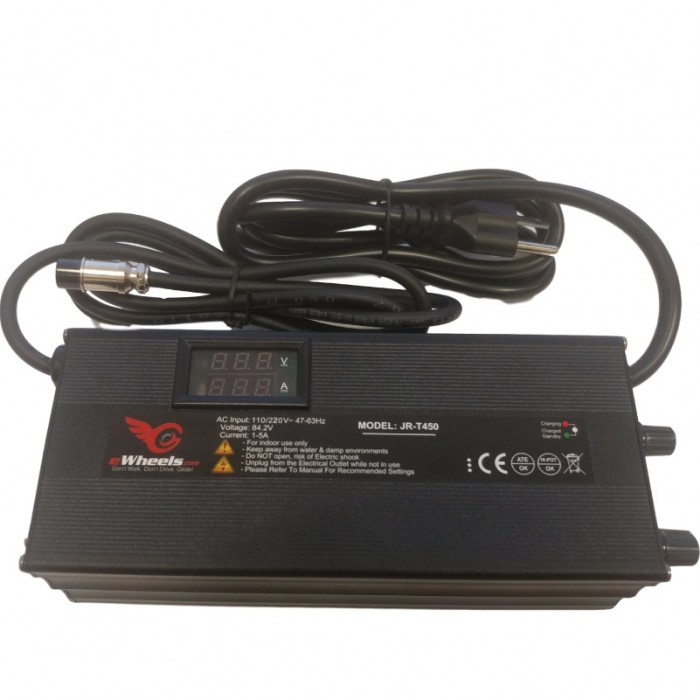 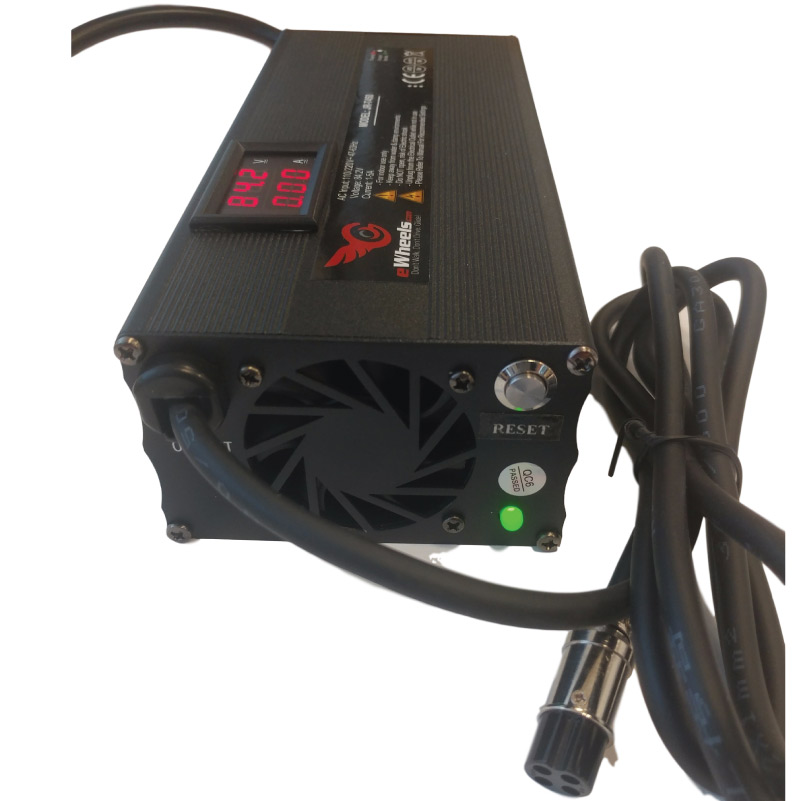 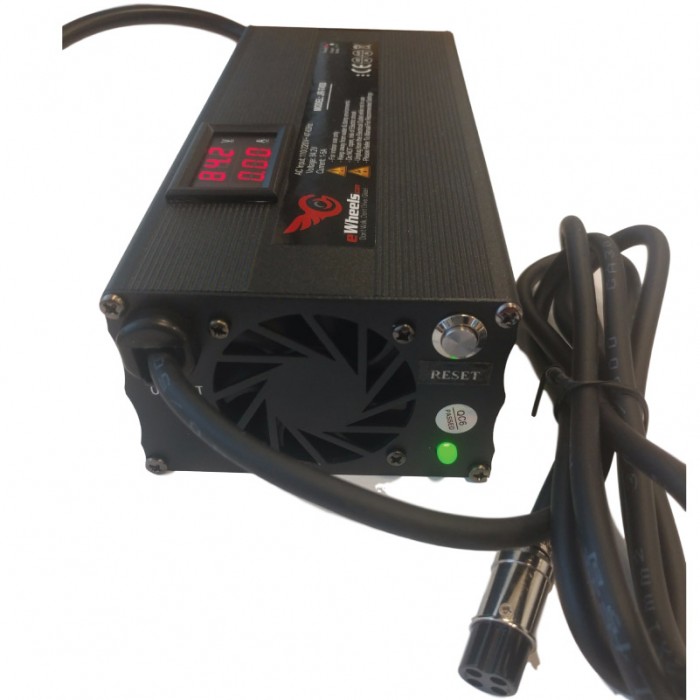 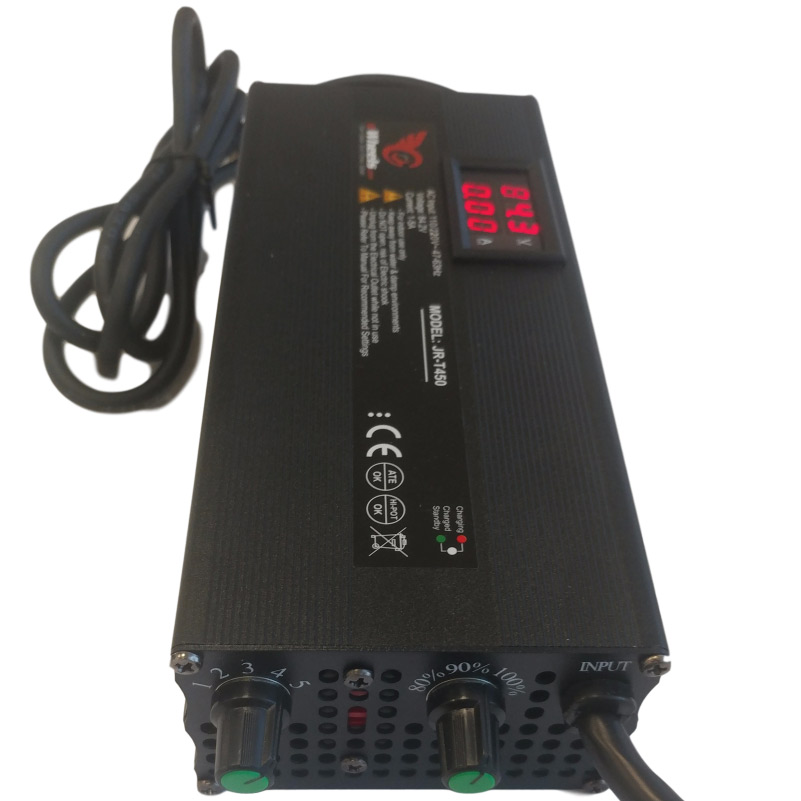 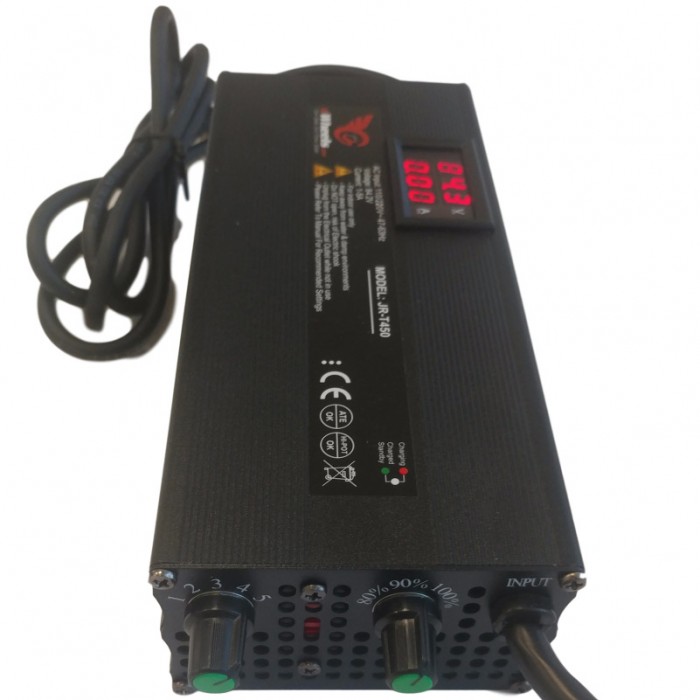 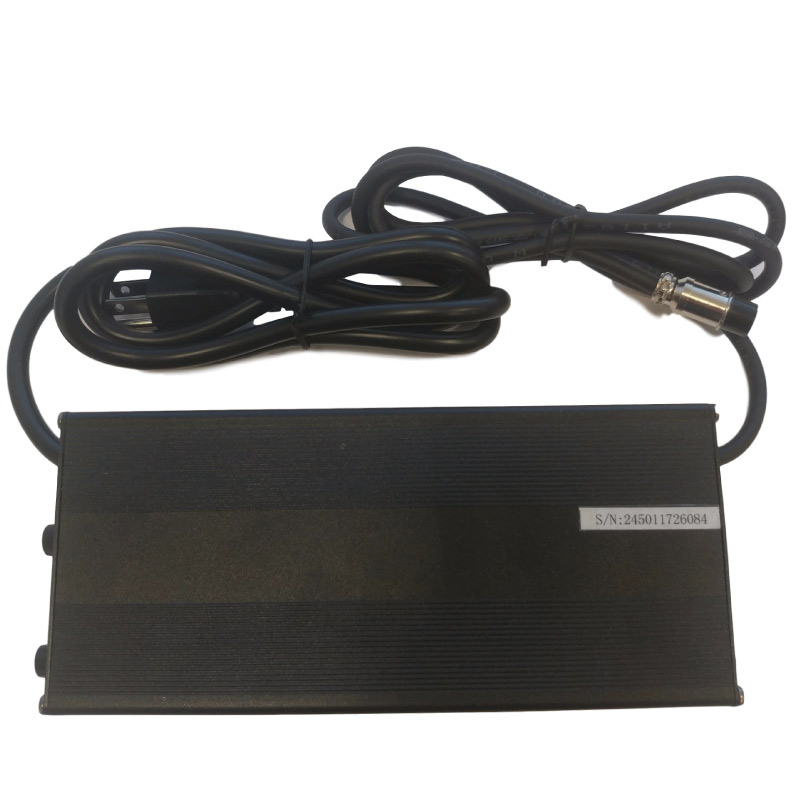 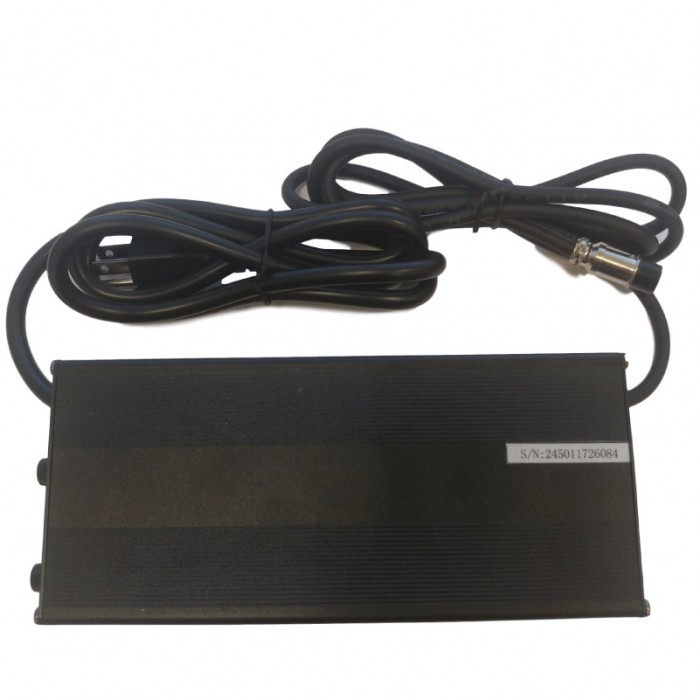 High Power Output: at 5 Amps, this charger has a maximum DC output of 336 Watts, which is the equivalent energy consumption of cruising on an Electric Unicycle at 20MPH, or a 1:1 ratio of charge to ride time. The standard King Song brick charger, on the other hand, is just 117W.

Extended the Lifespan the Battery Pack by up to 400%: it is generally accepted among battery experts, that if a battery, which has a nominal voltage of 4.2v, is regularly charged to around 4.05v (or 80% nominal capacity), it will have profound life-extending properties, preserving the useful lifespan of a lithium-ion battery pack by up to four times the standard cycle rating. The current state-of-the-art battery cells typically are rated to retain around 70% of the original capacity after around 500-700 discharge/recharge cycles. With a partial charging, this can well exceed 2000 cycles!

Partial Charging is also Safer: battery cells are extremely sensitive to the slightest amount of over-charging above the 4.2v voltage. Because an Electric Unicycle uses regenerative braking for slowing the Wheel down, on a full battery, it’s possible to exceed the maximum voltage causing irreparable harm & premature degradation. Charging to 80-90% provides the battery with a capacity buffer to absorb the surplus energy of braking after a charge.

Variable Current: on the side of the charger is an Current selector, where you can choose the output Amps ranging from 1-5. King Song battery packs with 680Wh, or higher capacity, contain 64 battery cells, configured as 16s4p, or 16 cells in series & 4 parallel. Each parallel circuit absorbs a portion of the charger’s input current; so in this case, the input current per cell is 5A/4 parallels = 1.25A.

IMPORTANT!: It is strongly recommended NOT to use this charger on Electric Unicycles with 32, or less cells, as the charge per cell increases from 1.25A—which is below the battery manufacturer’s standard charge rate—to 2.5A, well over of the specification & will not only damage the battery, but may even result in catastrophic damage, or even fire.

Voltage/Current Display: both the voltage & current are shown on a large LCD display mounted on the top of the charger. This gives you an instant snapshot on the exact progress of the charging status. When the current starts to drop, it is an indication that Constant Current (CC) phase has completed & is now starting the Constant (CV)—this is where the battery is about 80% charged & where the charging cycle starts to ramp down. 
Input voltage selector: if planning to take this charger to another country, Europe for instance with the 240v voltage, you can change this setting via the input selector.

Reset button: once the selected charge % has been reached, the charger will automatically shut-off but remain in standby mode. When plugging the Wheel back in, simply press the reset button, which will resume charging again. 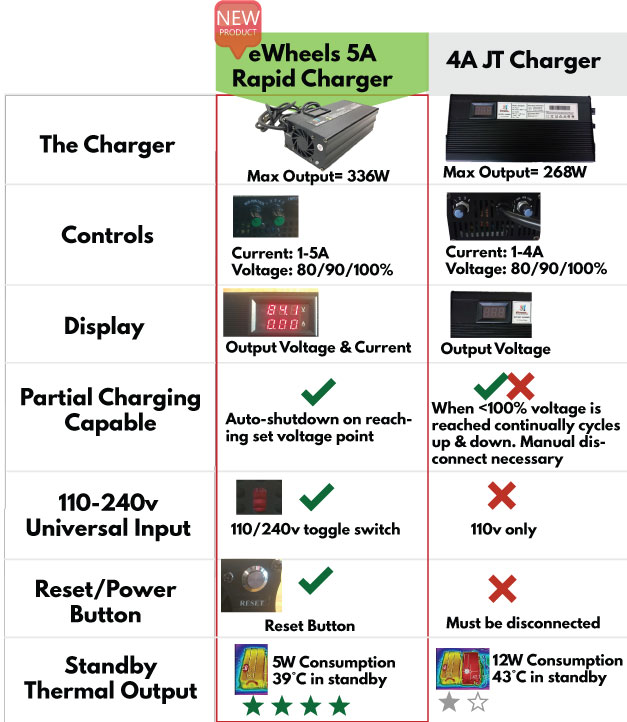