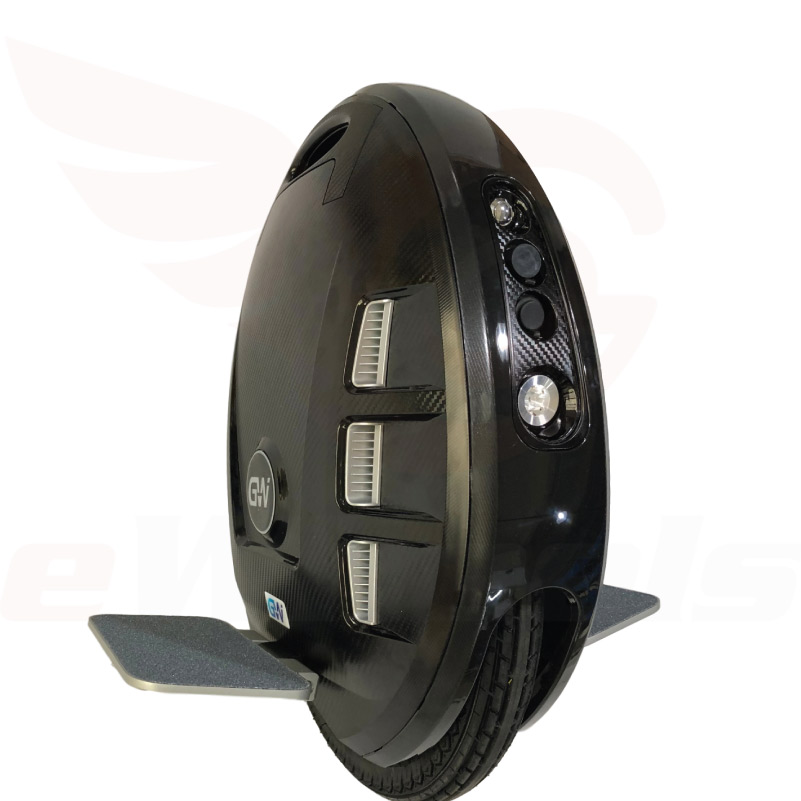 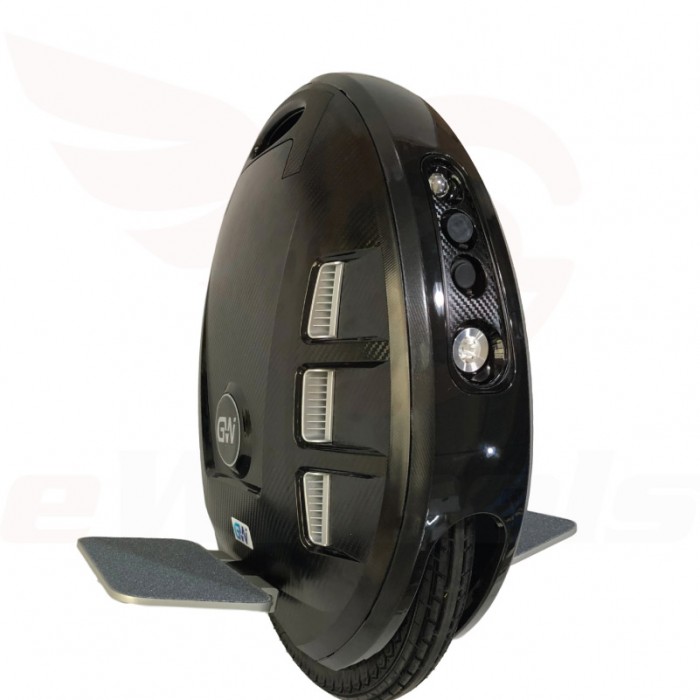 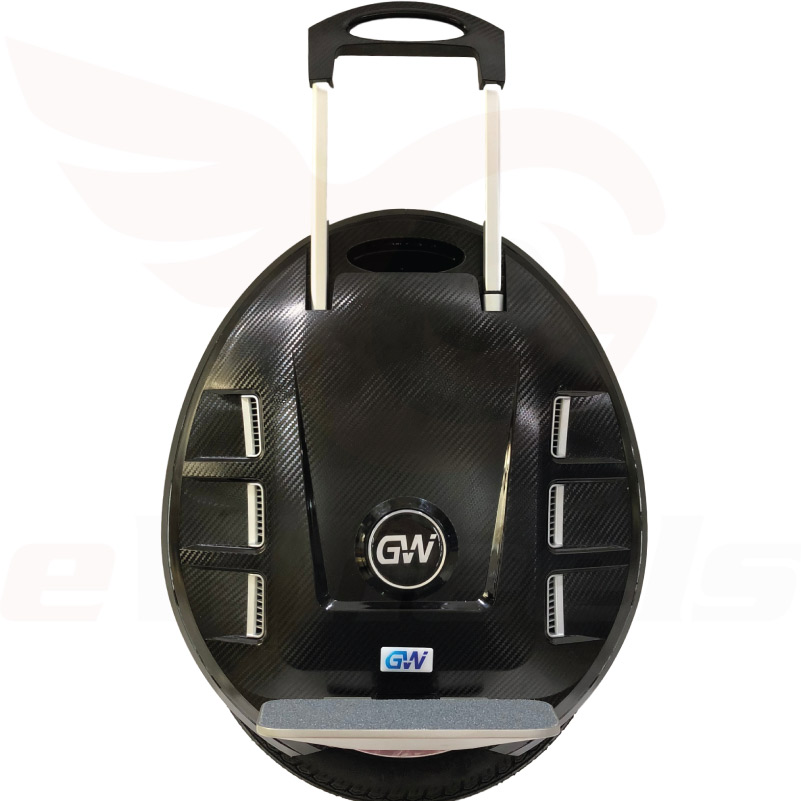 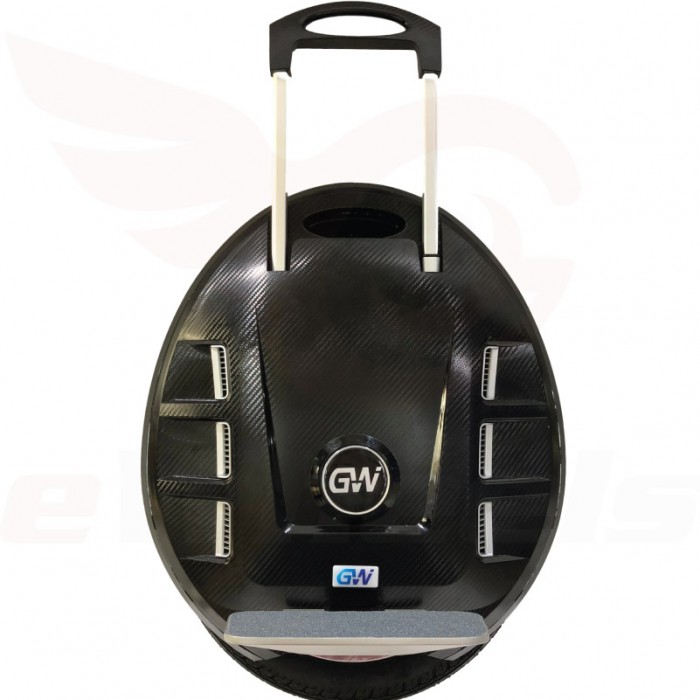 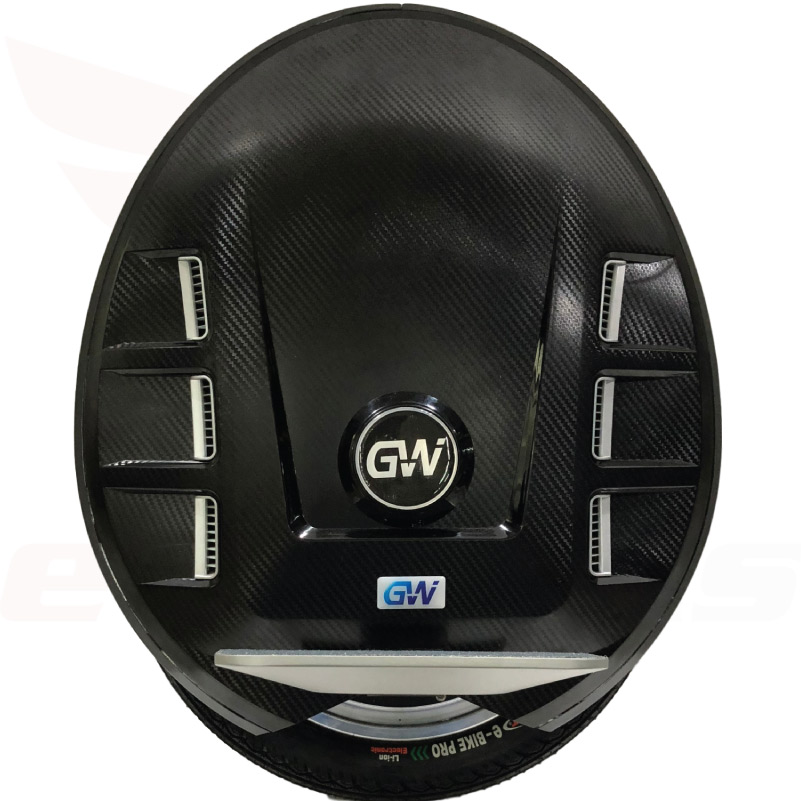 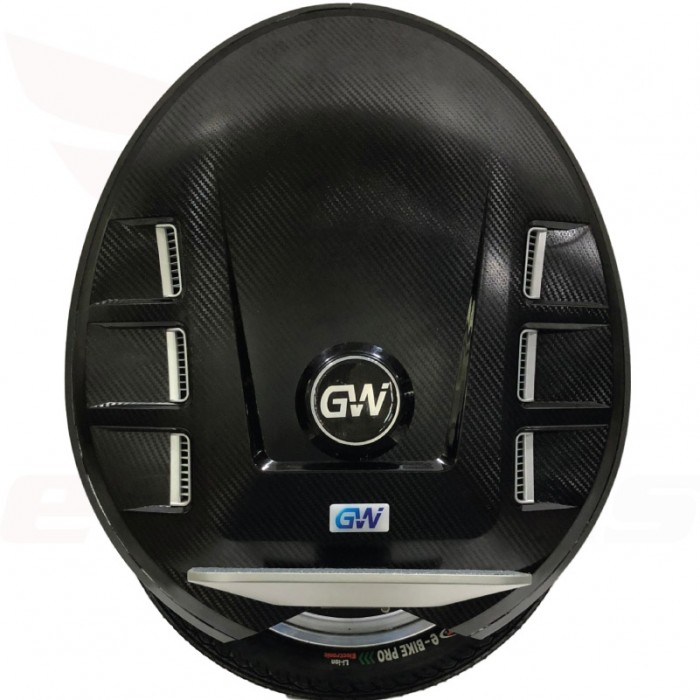 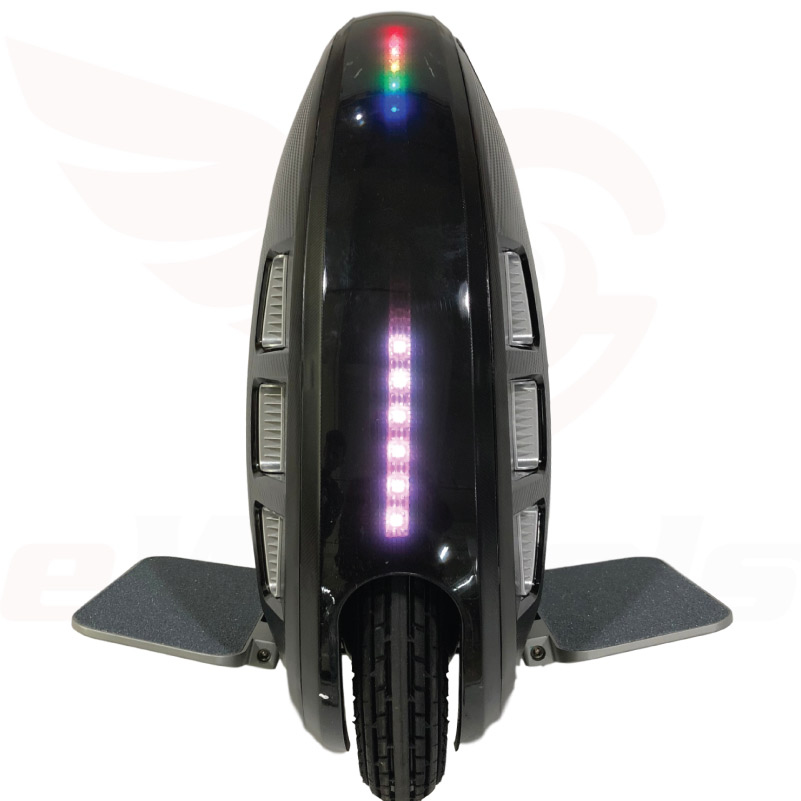 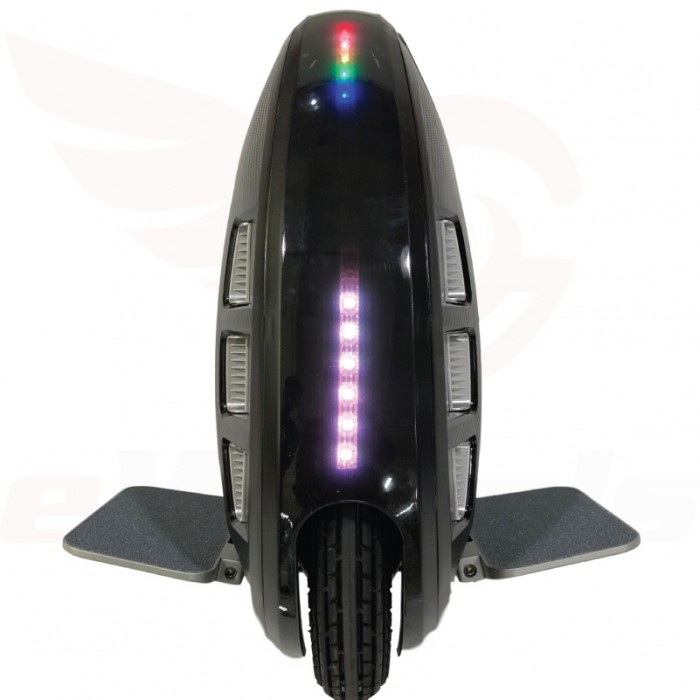 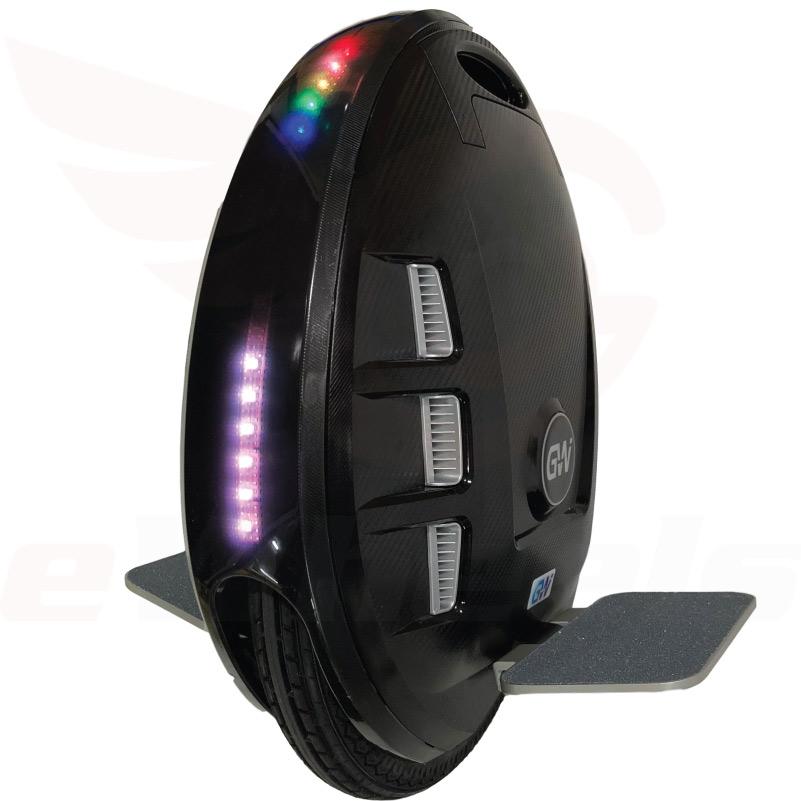 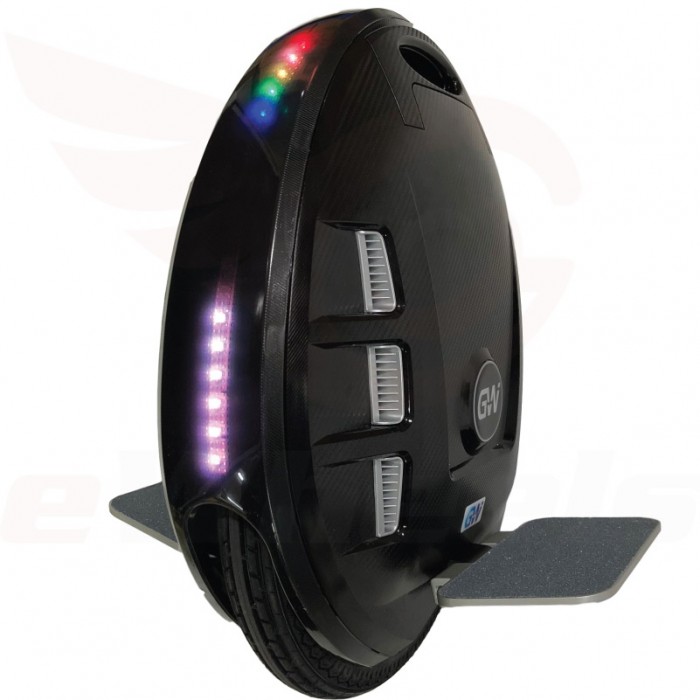 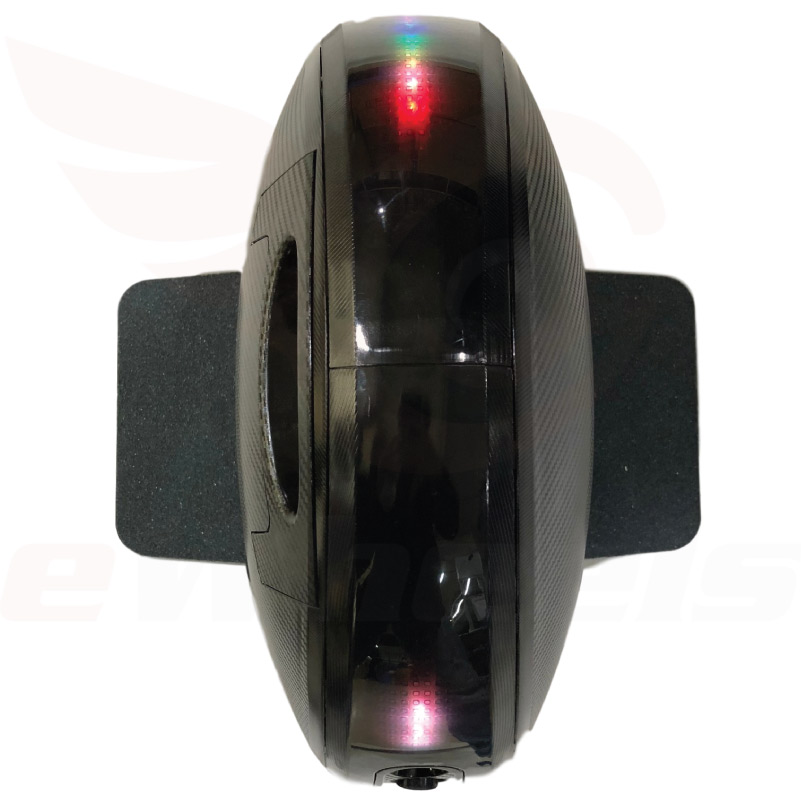 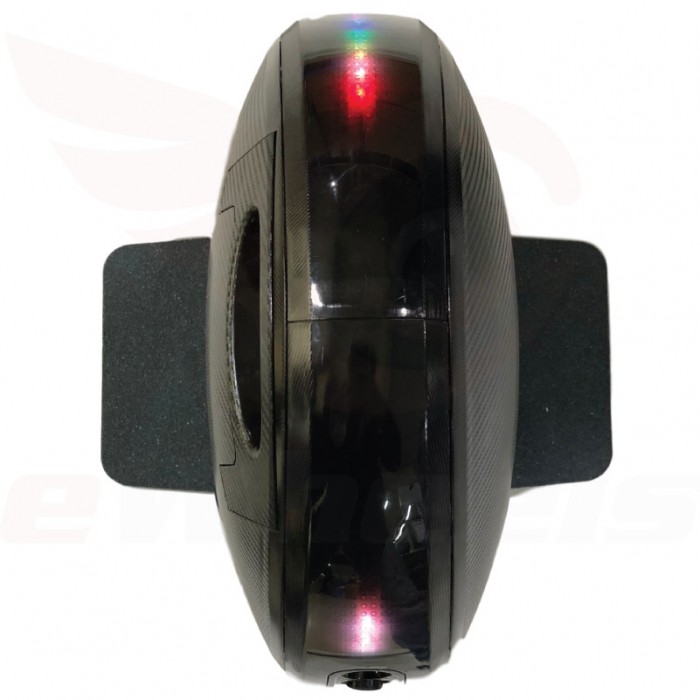 With a 5A fast-charger 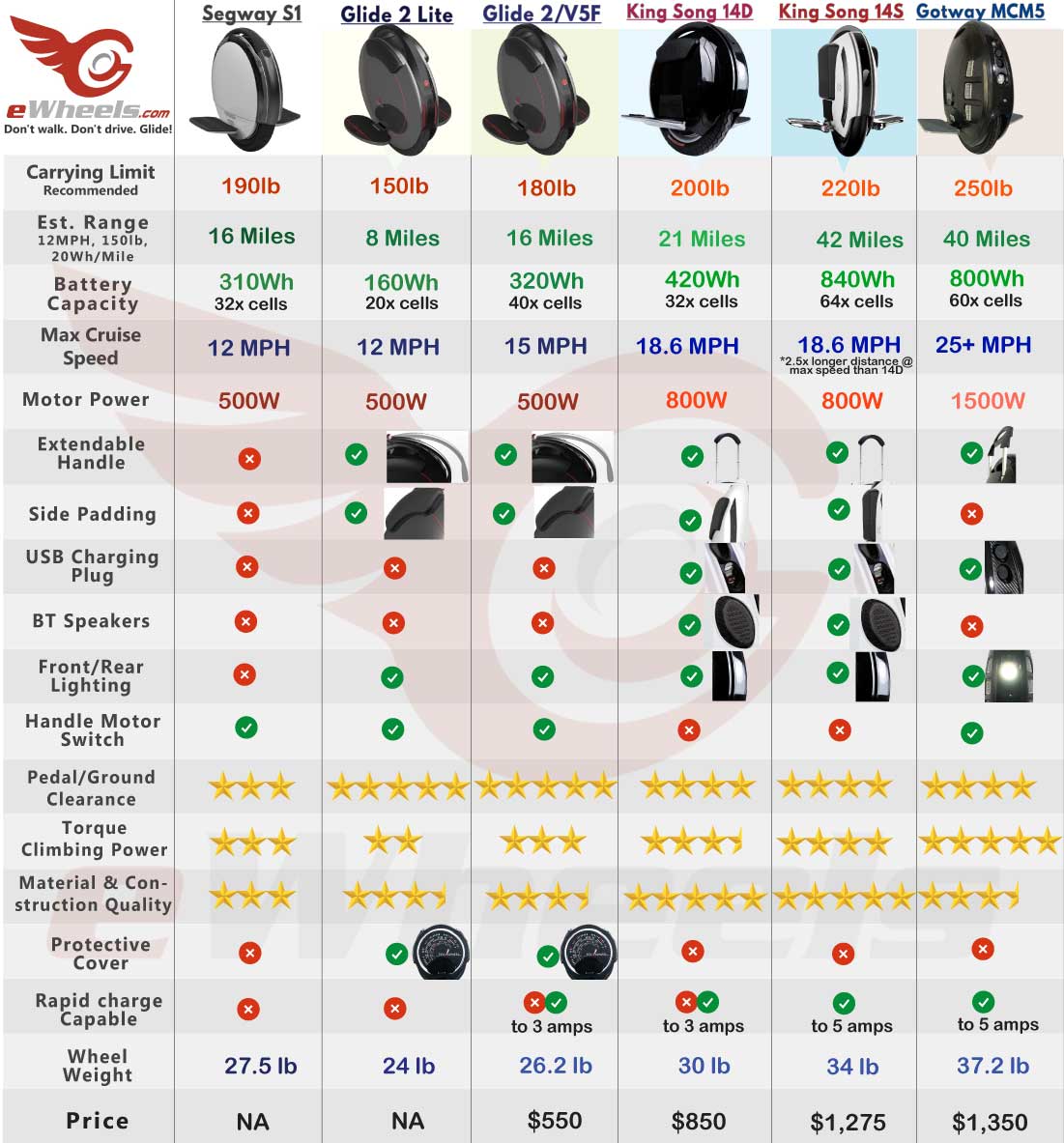 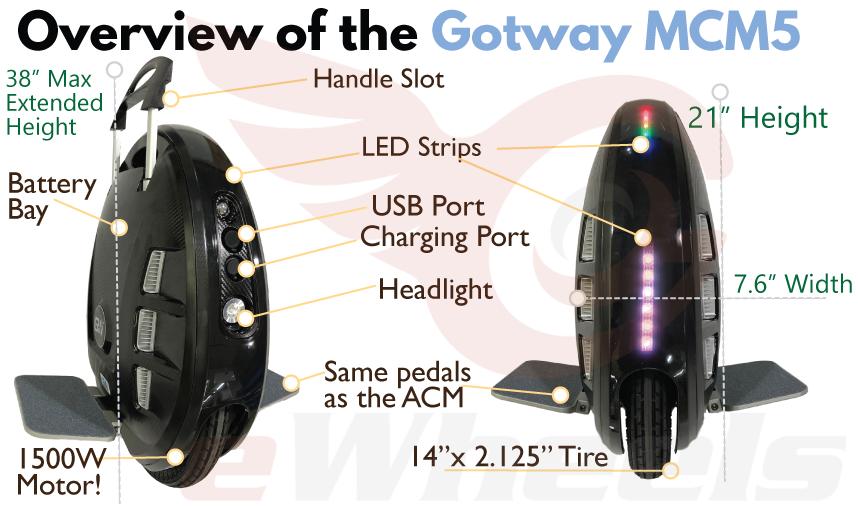 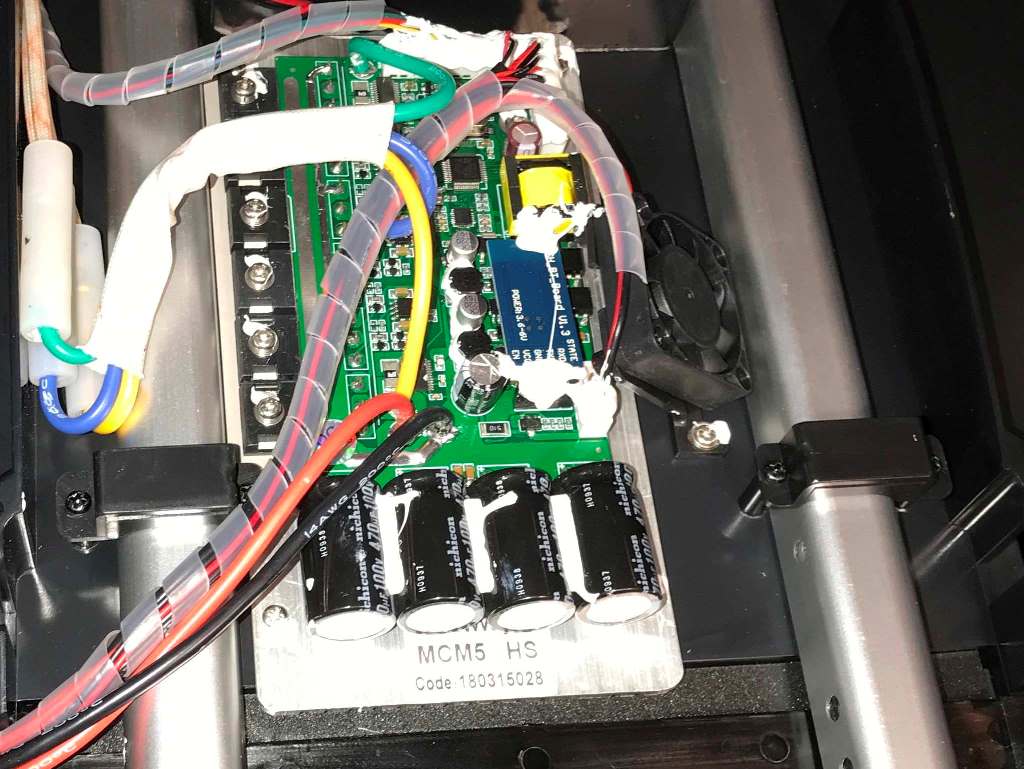 The Gotway MCM5:
Until recently, Gotway Electric Unicycles presented a dilemma to prospective Buyers; on paper these machines were leaps-and-bounds ahead of the pack for top-end performance, but the benefits were offset by a checkered history of reliability, particularly on the controller.

What has changed since the advent of the MCM5, is the adoption of a brand new controller architecture, with MOSFETs (the solid-state circuitry that drive the motor) that are now capable of supporting micro-second burst loads of up to 1000 Amps & 300+ Amps for up to a few seconds, representing a three fold increase over the previous generation.

Furthermore, the Wheel is equipped with a 1500W sustained motor—which is double that of any other 14″—& a battery capacity of up to 800Wh. The result is a Wheel that not only looks impressive on paper, but in the few months that it has been available, winning widespread acclaim & praise from those seasoned Riders who that have used it. If you’re seeking a high-performance practical machine, that is nimble, with massive amounts of torque for hill climbing, high reliability, along with a cruising speed that you won’t find on another 14″, then the MCM5 stands quite apart. 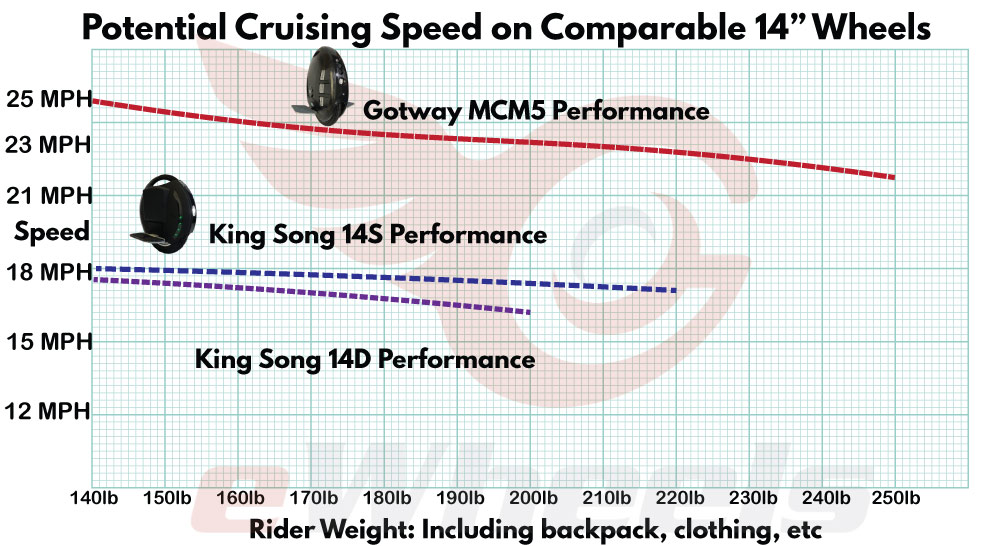 This above illustration shows the comparative performance of three popular mid-to-high-end 14″ Wheels, the 14D, 14S, & MCM5. Although the King Song 14S is probably capable of a higher cruising speed, with its 64 cells & high spec controller, the limitation to higher performance in this series is 800W motor & firmware. To achieve maximum performance, all of the components from the battery, wiring (particularly the motor wiring gauge), controller & ultimately the motor, must be designed with a similar set of capabilities. Through several generations of trial & error, Gotway’s MCM5 finally delivers a complete package, which can satiate the power hungry demands of the most ardent adrenaline junkie.

While the high cruising speed may be attractive to many prospective purchasers, to other Buyers it is the incredible sustained torque for climbing hills that presents the greatest benefit. In tests with gradients exceeding 30%, one Reviewer was not able to induce an over-temperature condition, a first among every other Wheel he tested had.

Although the MCM5 has proven to be remarkably reliable, the risks of accident & serious injury increases exponentially to the Wheel’s speed; this Electric Unicycle may have a significantly reduced failure rate, but a unseen pothole or irregularity to the surface of the road will send the Rider airborne, the most frequent cause of  reported accidents today. This risk is amplified by the smaller 14″ diameter wheel, where there is limited shock-absorbent qualities on  the pneumatic tire, that a larger 16-18″ Wheel might otherwise absorb. This is one of the reasons that some manufacturers, like King Song & Inmotion, have shied way from producing a +18.6MPH/30KPH 14″ Electric Unicycle.