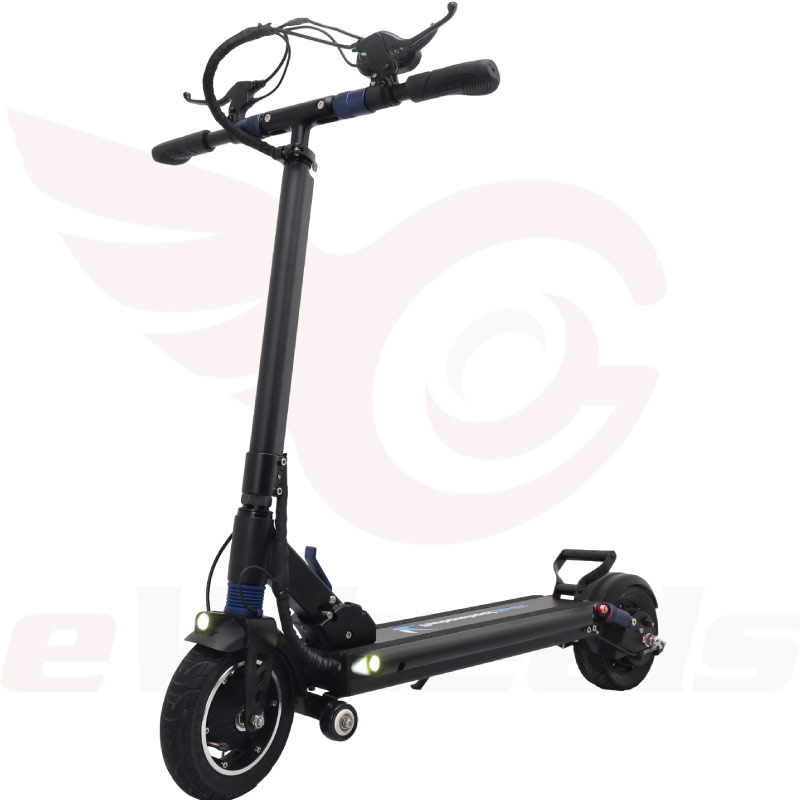 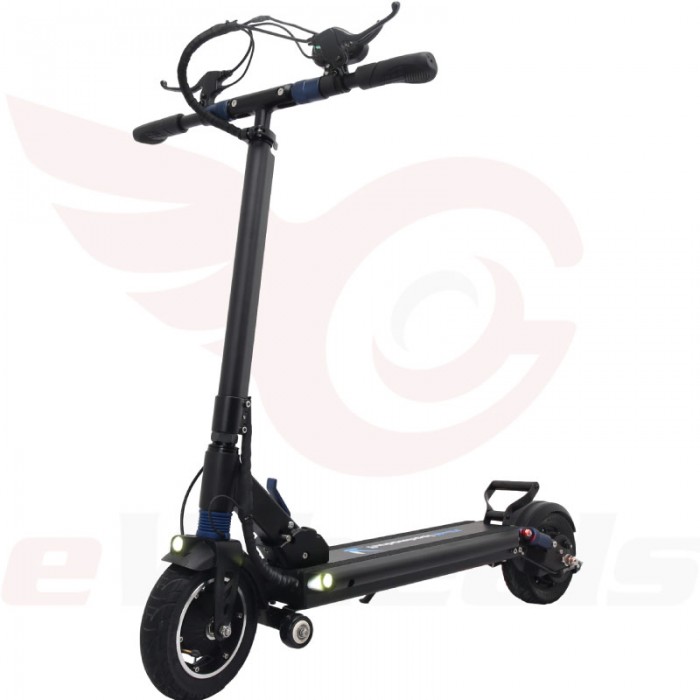 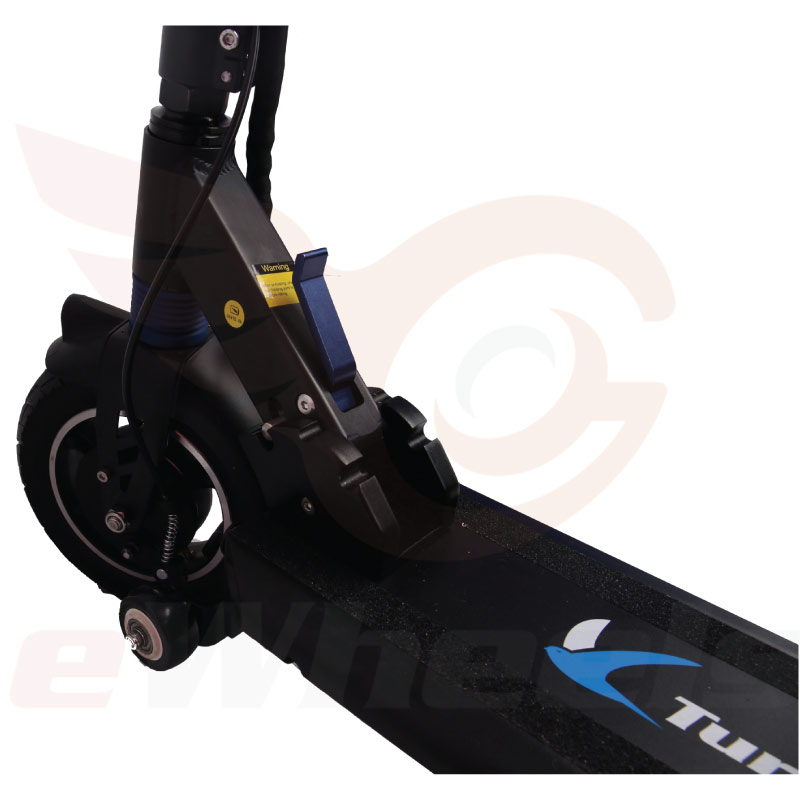 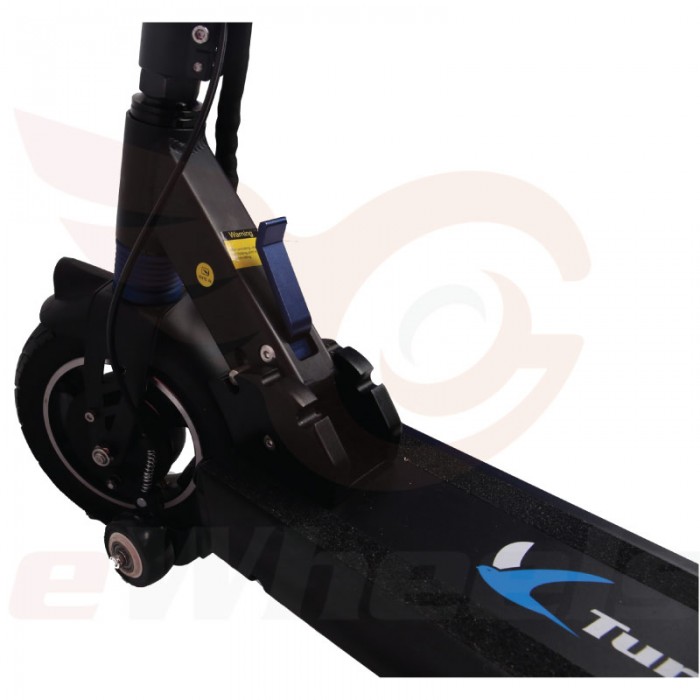 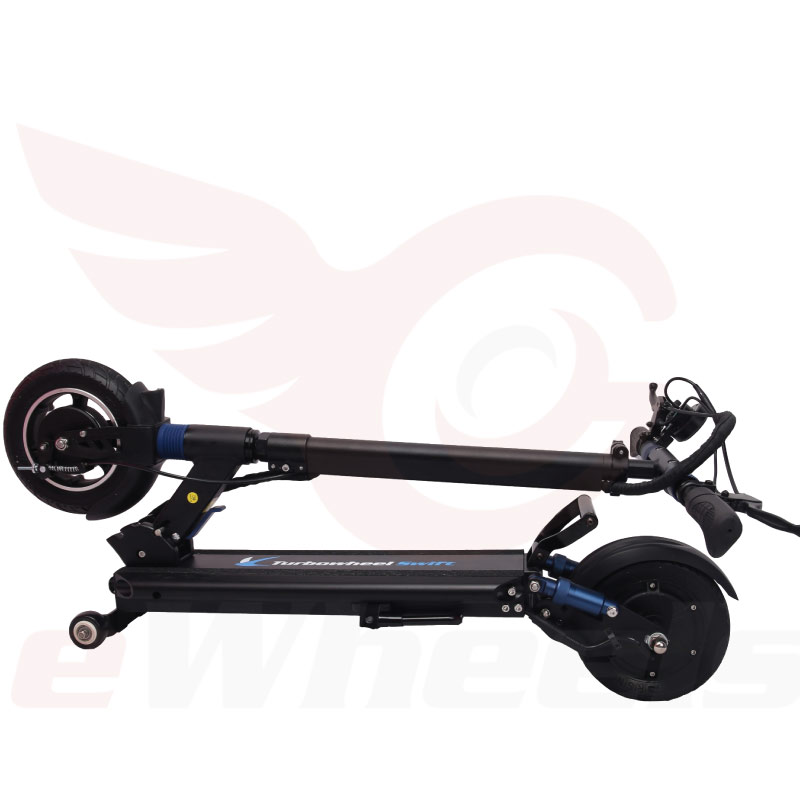 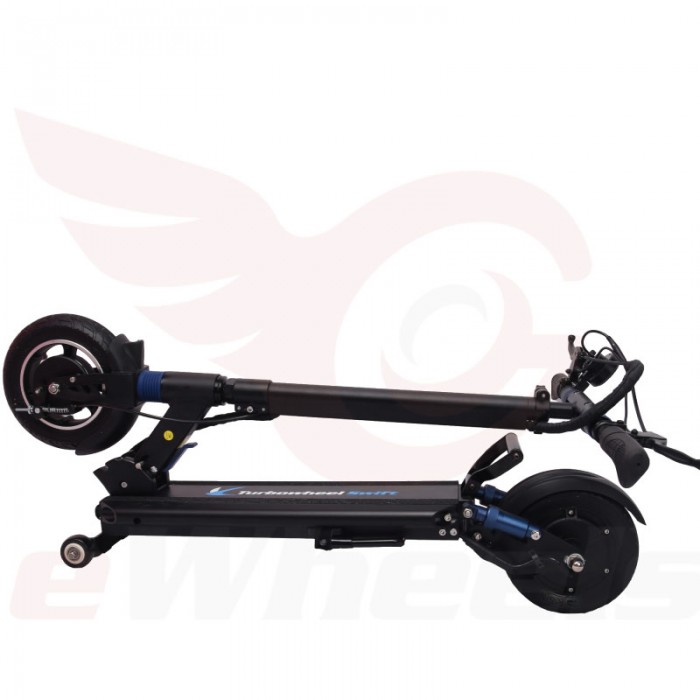 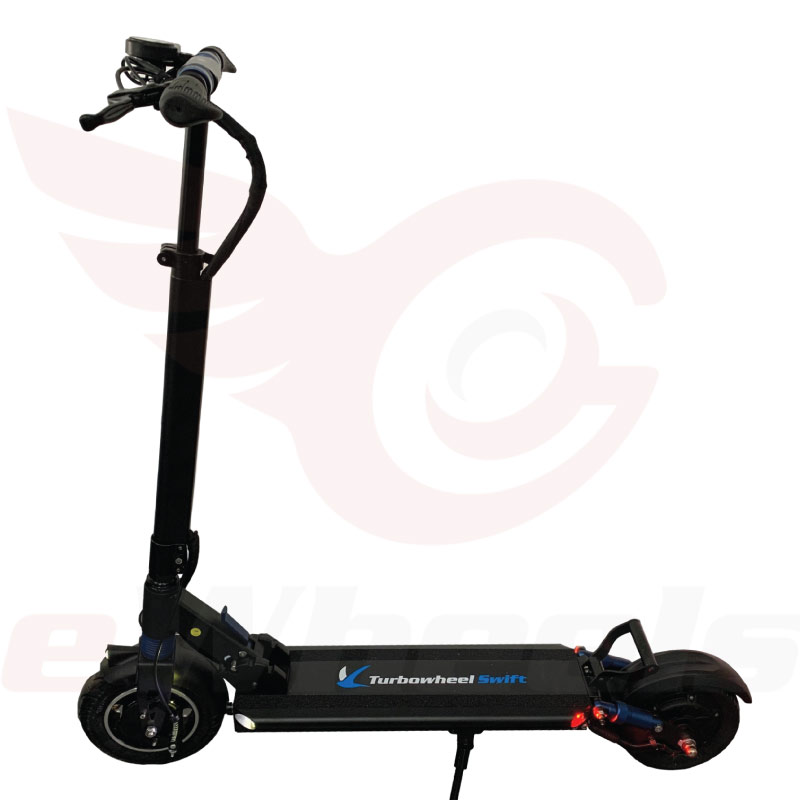 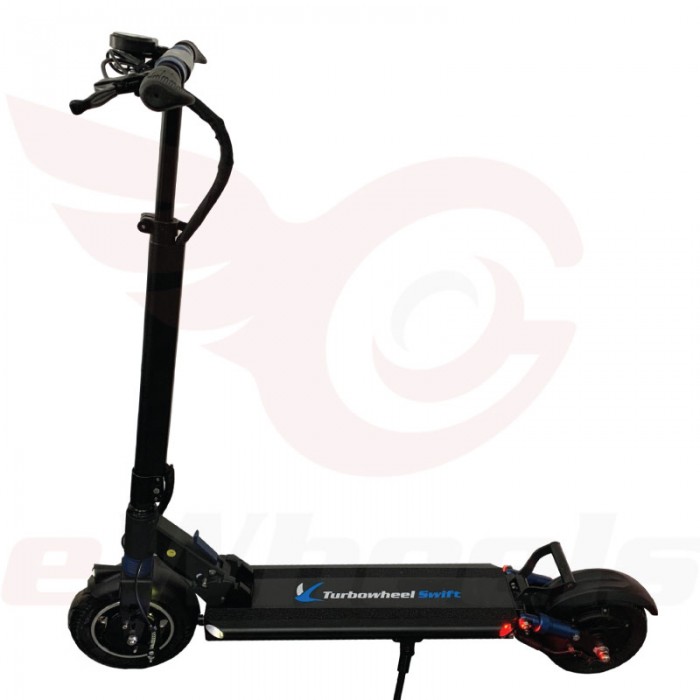 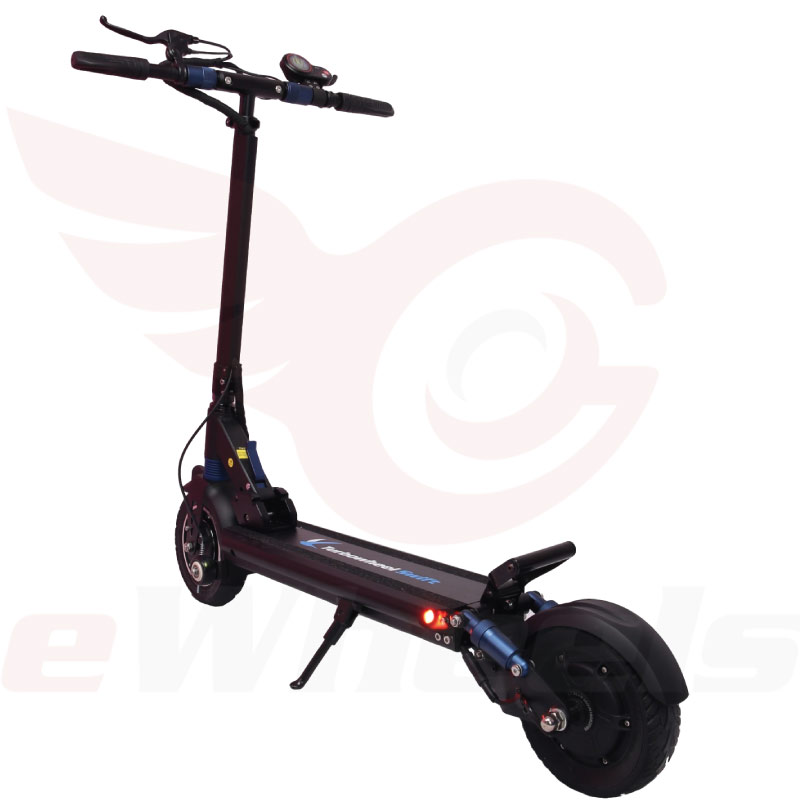 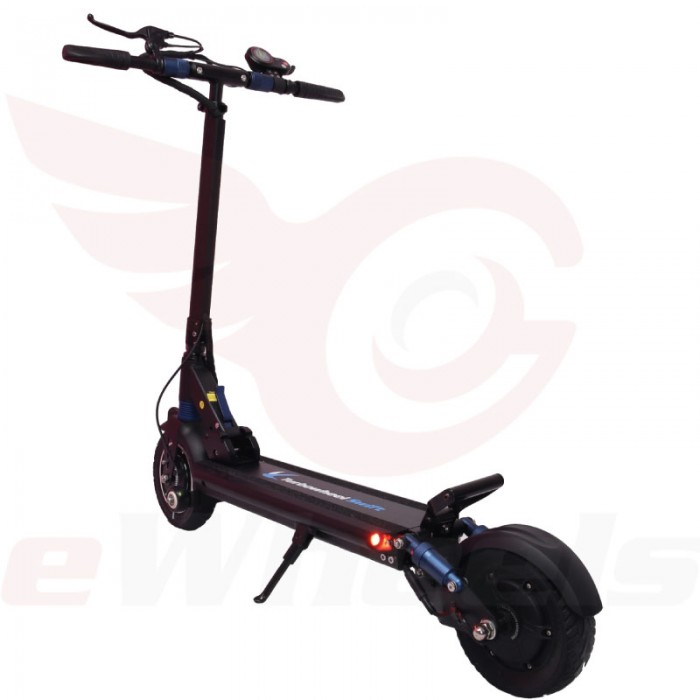 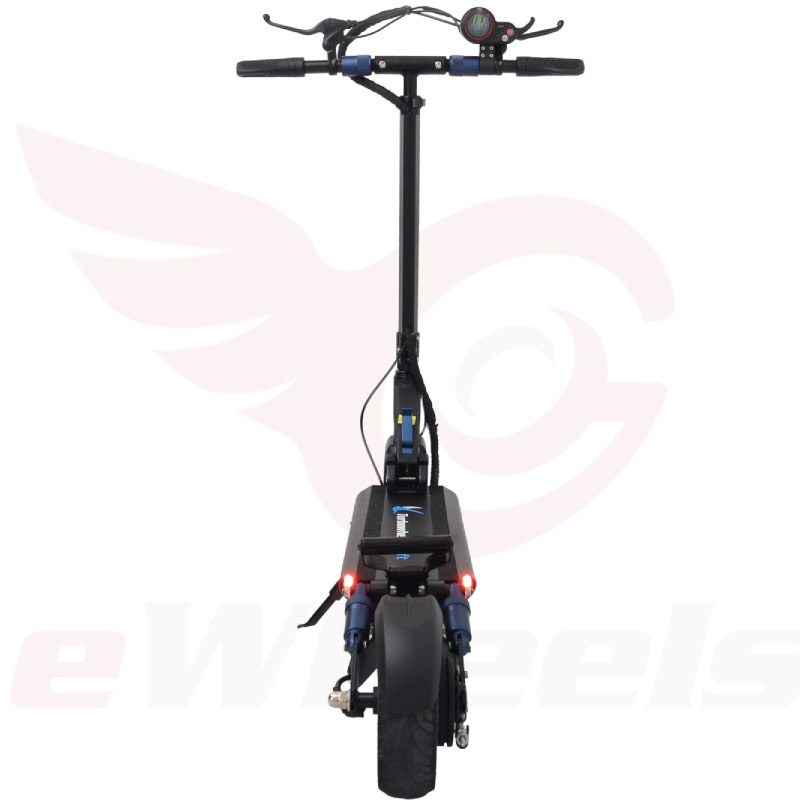 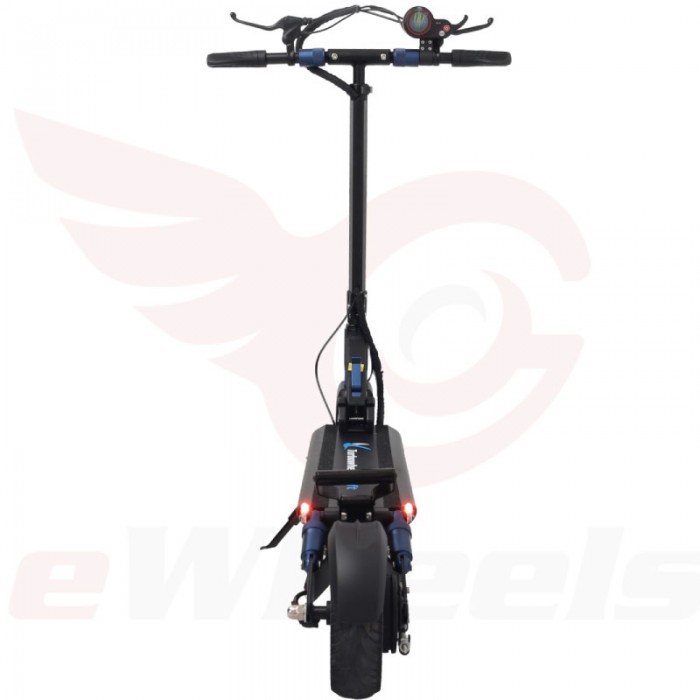 Perfectly balances the value/performance needs of someone looking for an attractive, practical, daily scooter.

2 hrs
*to 80% with optional Rapid-charger

At 18MPH under ideal conditions 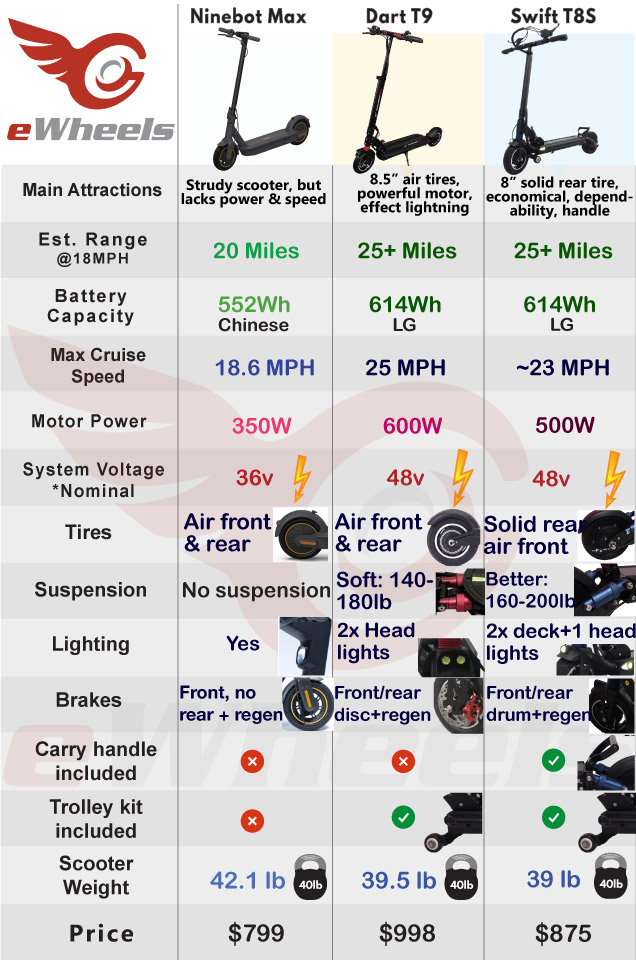 Compared to the Ninebot Max

Another scooter in the similar price bracket  is the Ninebot Max. In just about every comparable metric, the Max comes up short, possessing a smaller battery, lower speed, no suspension, no rear physical brake, the handlebars do not fold in, it even weighs more too. While it does offer some unique bells & whistles, such the Ninebot App, as a functional scooter, it is not nearly as capable as either the Turbowheel Swift or Dart.

By raw specifications alone, the two models are very similar in capability. The main reason why we held back from offering this model, until now, was the lack a front brake. While the rear drum & regenerative braking may be adequate for most circumstances, where you need to stop suddenly from 23MPH, a front brake is essential! 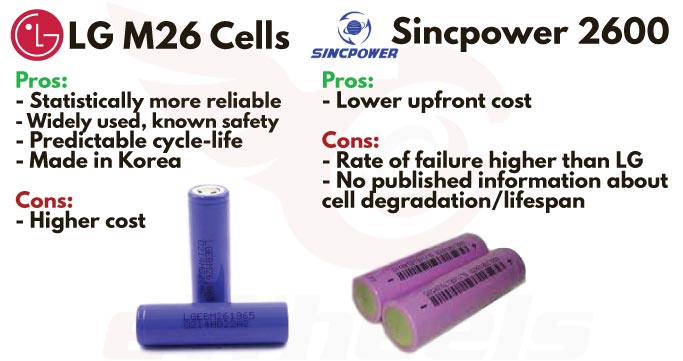 One the key improvements that’s offered on the Turbowheel Swift & Darts, over the same scooter with other branding, is that battery pack is composed of LG M26 battery cells, instead of the Chinese Sincpower 2600. On paper these cells are virtually identical, with a 2.6Ah capacity, 10A output; the advantage of the LG cells is that they’re backed up by a multi-billion dollar company, with state-of-the-art ISO certified manufacturing facilities to ensure absolute consistency from one production batch to another. It is not known how well the Sincpower cells will hold up over time, since there’s no published datasheet on the cells. 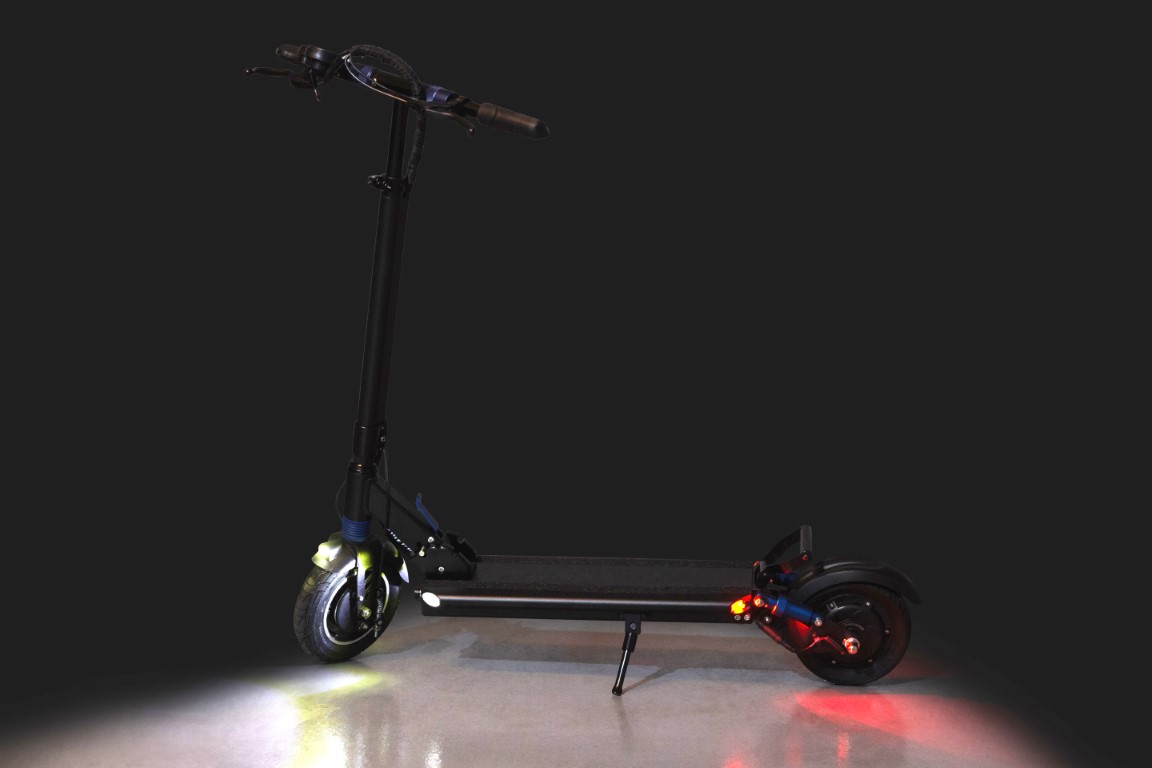 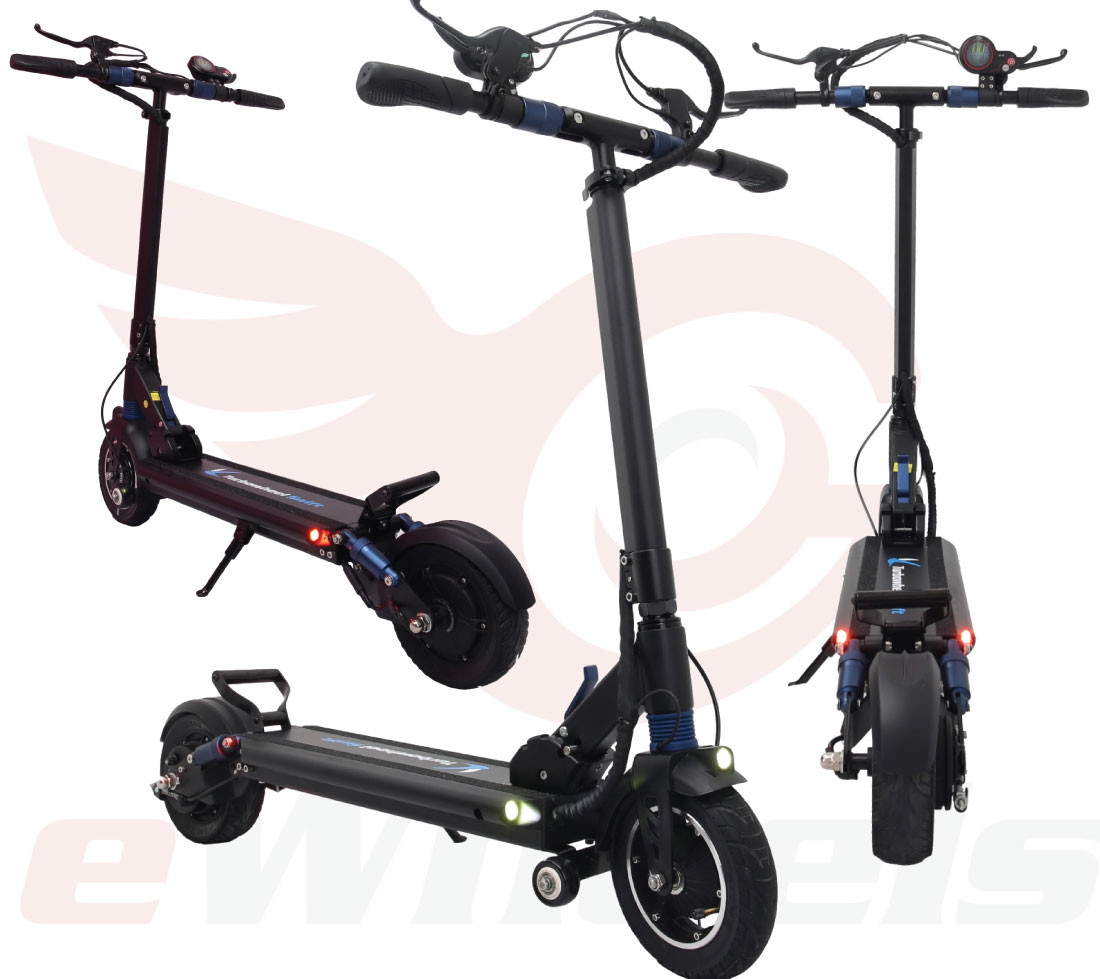 How Does It Compare? 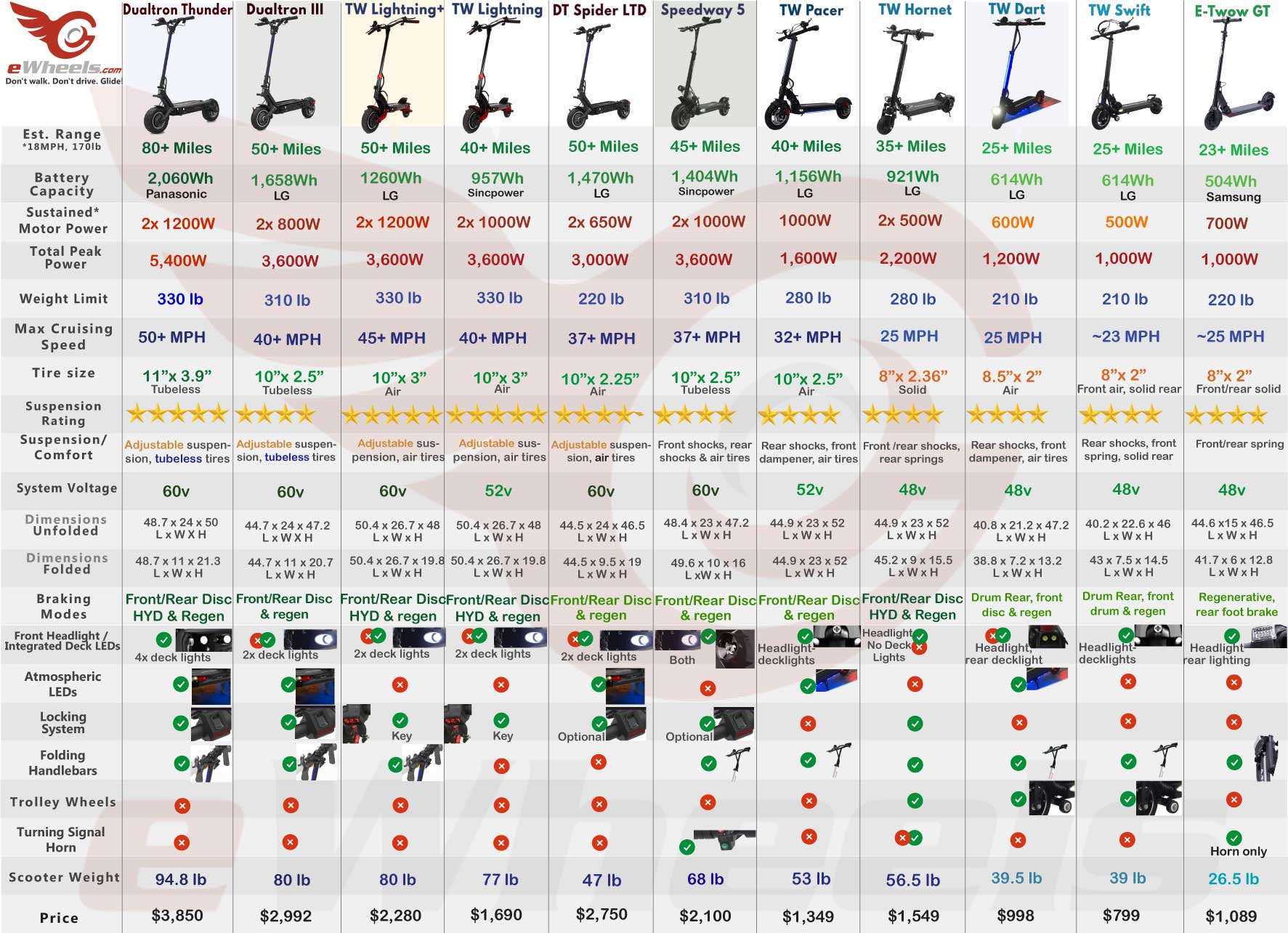